The Wellness Kitchen, based at the Gourmet Deli at Six Senses Fiji, is a hub for the ultimate in haut health. From producing gluten-free products to homemade beverages guests can experience a new dimension of dining that incorporates wellness into every aspect of their stay.

First up is the gluten-free bakery offering hot out-of-the-oven bread, sesame crackers and flour that accommodates those with celiac disease or sensitive tummies. The top priority in the bakery is creating wheat-free items with the taste, texture and flair found in every Six Senses’ oven. Gluten-free products are available at the Gourmet Deli where they are presented in glass jars which reduces packaging and also supports zero waste since produce is sold by weight.

Another area of the kitchen focuses on a range of ‘living’ drinks, ranging from homemade probiotics to tonics and more. Living by name and nature, this range is created with fresh ingredients – the majority grown on right on property. These special drinks help cleanse the digestive system and keeping the gut happy which means living a healthier and longer life.

Ades are created by fermenting locally-sourced produce with Fiji sugar to create probiotic drinks. Following the traditional recipe for natural ginger beer, the kitchen produces sodas not only with ginger but also with turmeric, and even one that uses local wild ginger called layalaya. Aside from ades the kitchen also experiments with other fermented drinks such as kombucha, a well-known concoction in Fiji where the drink is better known as mushroom tea and has been around for many centuries. 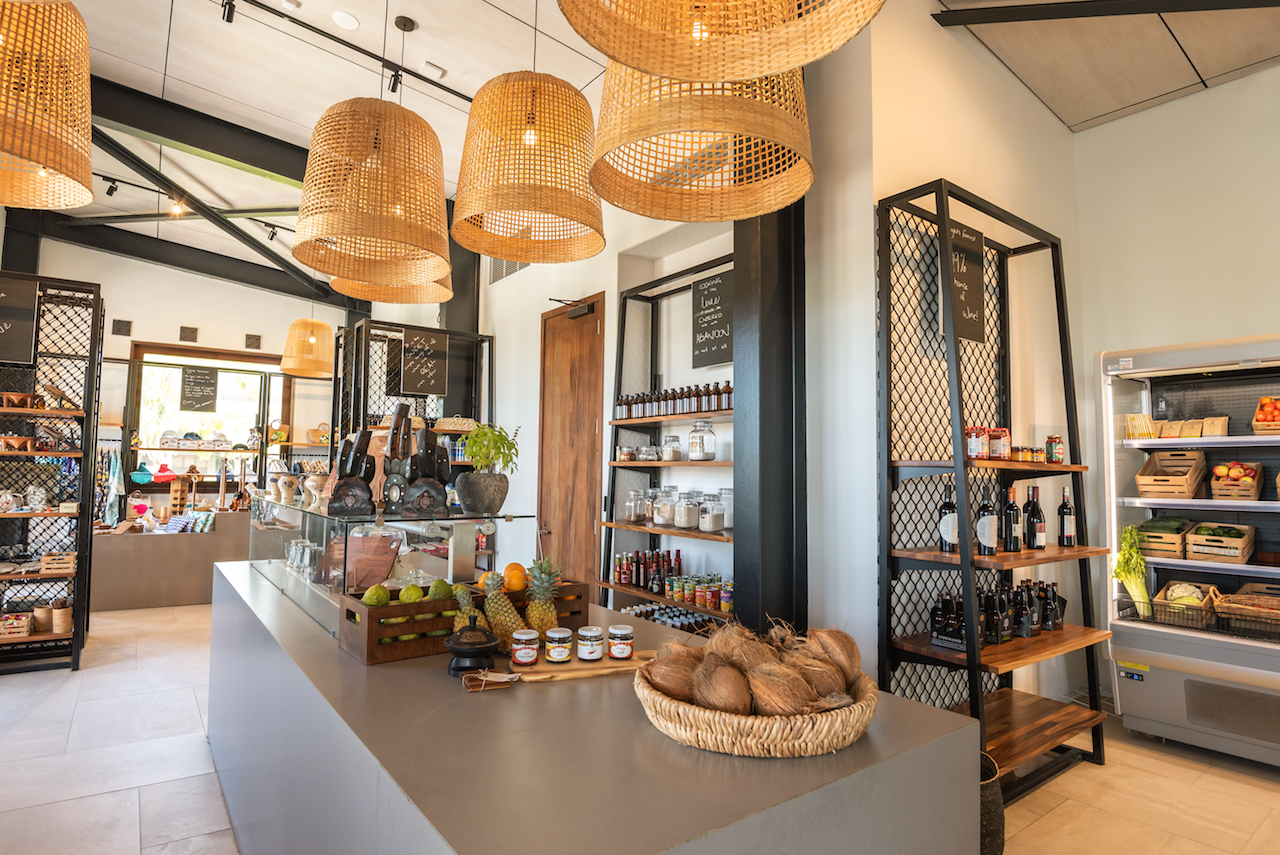 Working with a zero waste in mind the byproducts of pineapple skin is used to create another naturally fermented soda called tepache. Pineapple skins are full of good bacteria that eat up sugar during fermentation process which means a lot of bubbles are produced, as well as probiotics. Another waste product utilized is whey that is produced while making kefir, a type of yoghurt. The process of lacto-fermentation is used with the whey to create a living lemonade and, seasonally, a living moli-ade, using the local mandarins that come into season during the winter months. Drinking shrubs (vinegars) make up another element of the ‘living’ range which are made with local fruit macerated with Fiji sugar then balanced with house-made cider vinegars. These are then partially fermented to create delicious thirst quenchers.

Taking the experiments further the Wellness Kitchen produces its own house-made tonic syrups. While readily available in Fiji, most commercially made tonic waters are made using synthetic quinine and high fructose corn syrup an unnatural and high sugar product. Using real cinchona bark, local Fiji sugar and local flavorings, such as layalaya, a tonic syrup is created to be enjoyed alone or with a dash of gin at sunset.

Bitters are next on the list. A flavor database has been created by tincturing over 30 different barks, spices, herbs, flowers, fruits and vegetables: this allows the perfect bitters to be brewed and added to the ‘living’ cocktail range. Many tinctures are local ingredients including the ubiquitous kava (pepper plant root) and the bark of the koakoa tree, known by locals as the honeymoon tree.

The Gourmet Deli sells all of these beverages including the house-made bitters while Tovolea and Rara restaurant serves the entire range of ‘living’ drinks, both mocktails as well as cocktails, from a pineapple spice (fresh pineapple juice, living lemonade and mint bitters) to the Vuna B Mary (vodka, green juice of green apple, celery, cucumber, bele (green leaf from the hibiscus family), lemon juice, cucumber and celery bitter and chili bitter).

Malolo Island is home to hundreds of native species of plants that have medicinal benefits many of which have been put to good use in Six Senses Fiji ‘living’ concoctions … you can’t get more local than that! 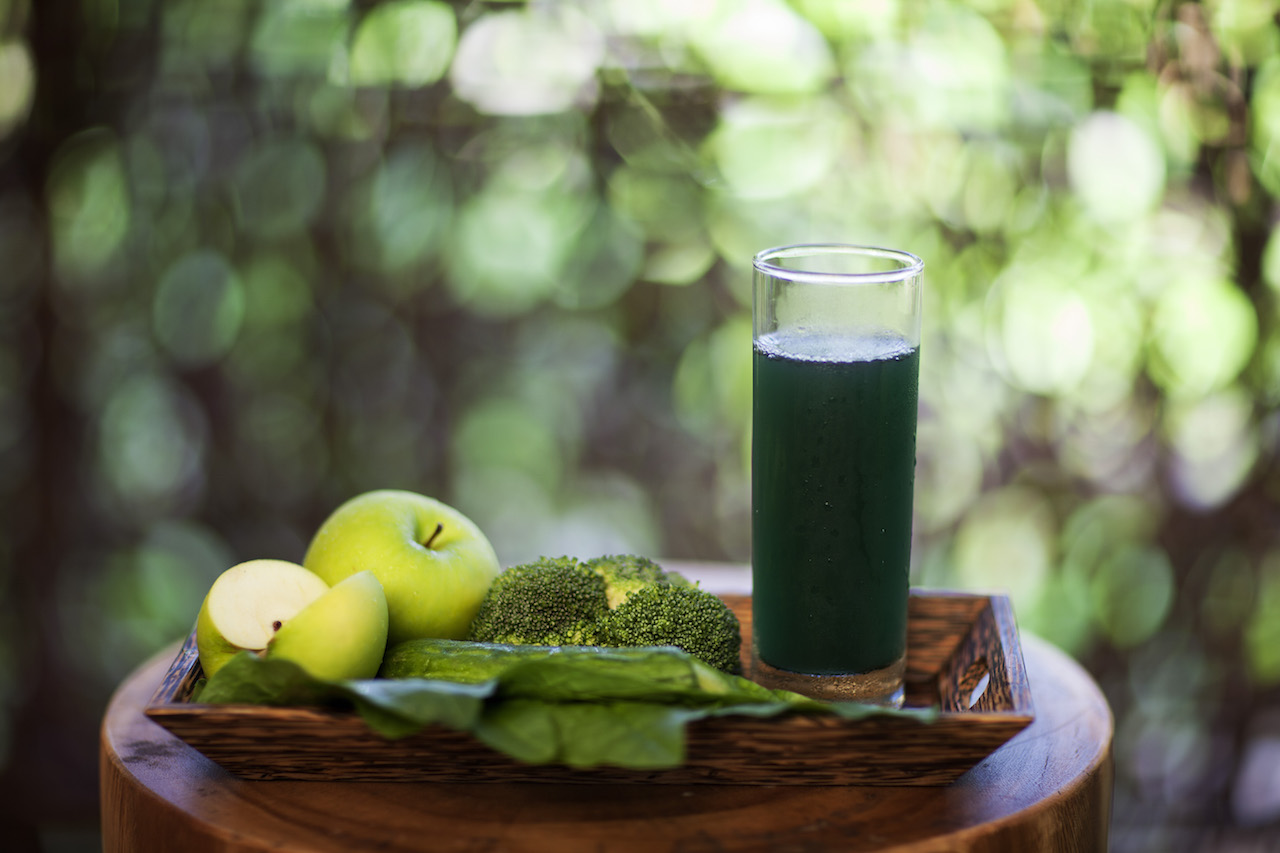 Method:
Preheat oven to 350 degrees Fahrenheit (180 degrees Celsius).
Mix together dry ingredients and set aside.
Whip egg whites or aquafaba to soft peaks and slowly add apple cider vinegar.
Mix in the dry ingredients with boiling water, beating for 30 seconds until combined.
Let to sit for 5 minutes to bind.
Form into six rolls and bake for 50 minutes.