Upcoming 7 Live Gigs In Singapore For Socialisers That You Can’t Miss!

The first seven months of 2018 have proven to be a solid one for socialising scene in Singapore. We’ve seen the likes of Celine Dion, Incubus, Imagine Dragons, Daniel Caesar, Dua Lipa, Stereophonics and Iron & Wine, as well as a fair amount of music festivals like the annual SingJazz and Ultra.

As we head into the second half of the year, we will see musicians who once sang the soundtrack of our youth during the ‘90s-‘00s like Boyzone, AI and Mariah Carey.  We’ll also be seeing some of R&B and Hip Hop’s biggest names like Khalid in Singapore. Moreover the cool parties that celebrities in Thailand love to join like “It’s the ship” and “Zouk Out 2018” also make a comeback. If you want to meet people with the same passions, Singapore is where the socialisers―clubbers, pubbers, music lovers, minglers―meet. Here’s what you can look forward to. 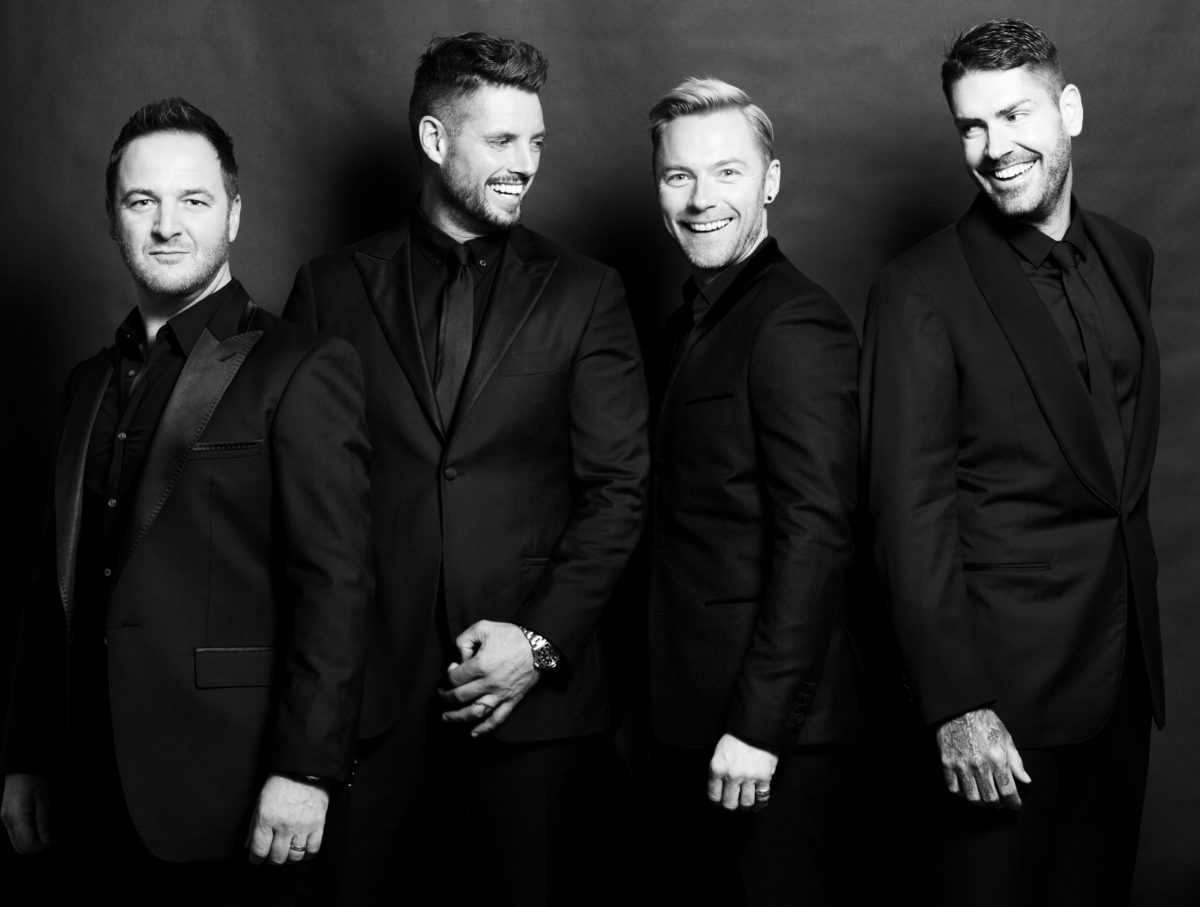 Nostalgia continues to seep into 2018 as these celebrated Irish “boys” return to Singapore once again, this time to celebrate their 25th anniversary. You may have missed watching them live when you were growing up, but that doesn’t mean you can’t make up for it now. Now you can relive your puppy love years and/or meaningless heartbreaks as Keith Duffy, Mikey Graham, Shane Lynch and Ronan Keating (R.I.P. Stephen Gately, you are missed) perform chart-topping hits you probably know by heart like “Picture of You”, “Words”, “Baby Can I Hold you Tonight” and more from their 25-year discography of six studio records and seven compilations. Tickets are priced from $98 via Sports Hub Tix. 8pm, Singapore Indoor Stadium 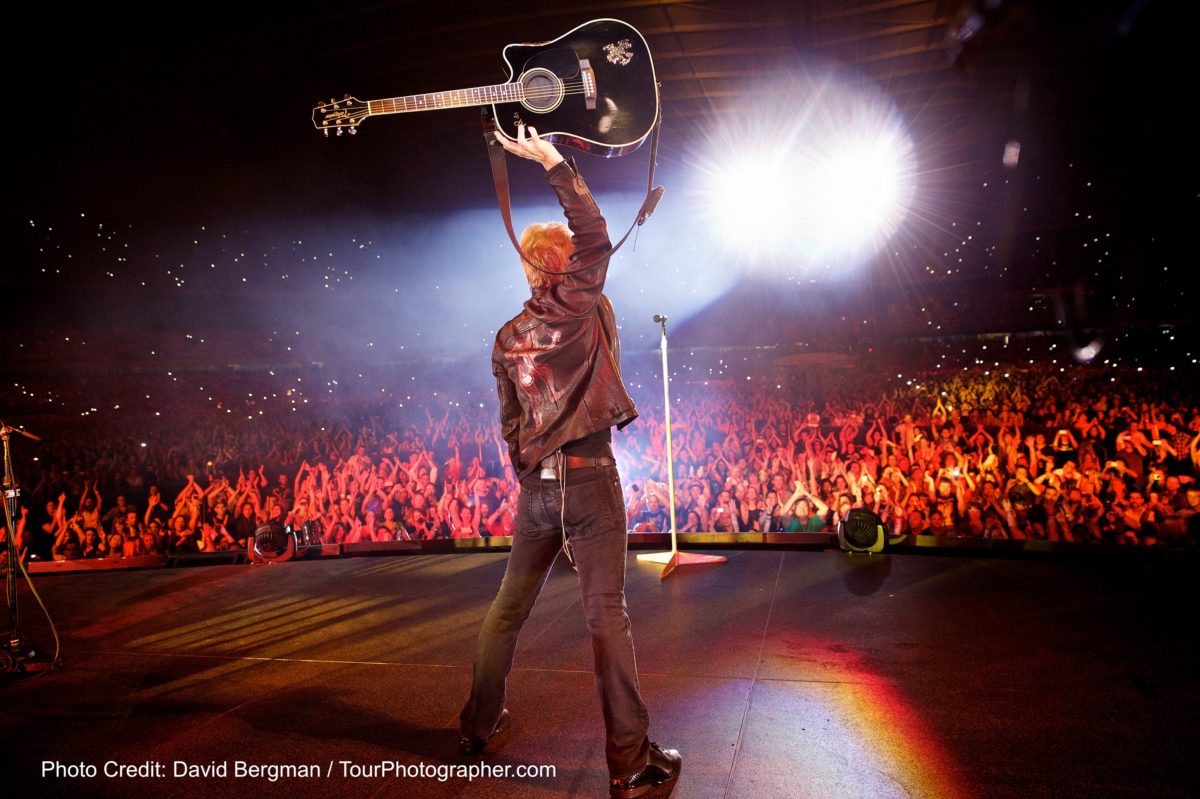 As exhilarating as it can be watching world-famous racers and cars zoom past you in your metal cage, we all know the highlight of the Singapore Grand Prix is the entertainment. This year, you can expect to see the King of Mandpop himself, Jay Chou, with a guest performance by his Sing! China mentee and local jazz darling Joanna Dong, The Killers, Liam Gallagher, Martin Garrix, Dua Lipa, Simply Red, The Sugarhill Gang, ABBA tribute band Bjorn Again, Indonesian folk-pop duo Stars and Rabbit, European and African-based collective Afro Celt Sound System, Chinese DJ Lizzy Wang, M1LDL1FE, Myrne, Eatmepoptart, Joe Hahn a.k.a. the DJ and turntablist of Linkin Park, African poet-singer-songwriter-rapper Sampa the Great, Naoi, THELIONCITYBOY, and more. Full lineup deets here. Tickets are priced from $78 via their website. Check schedule for timing and venue 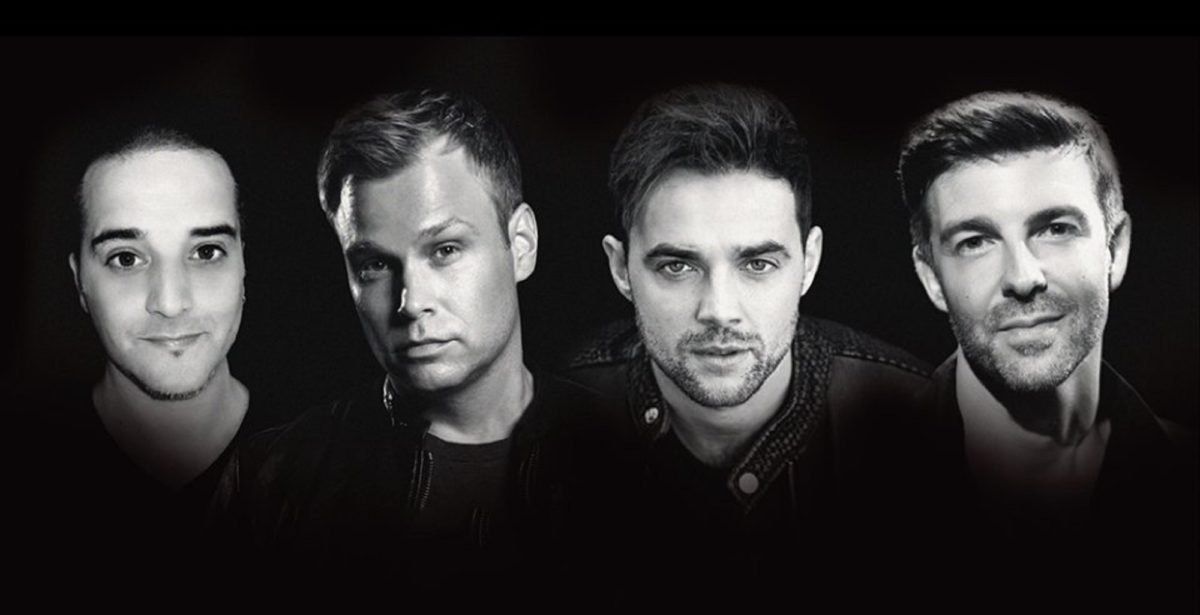 What a blast from the past, guys. The age of boy bands may be over, but it won’t stop the legendary ones from the ‘90s from coming back. You can hop on the nostalgia bandwagon once again when British-Norwegian pop group A1, will be reuniting for their 20th anniversary with the full original lineup, including Paul Marazzi who left in 2002. This tour, however, will be the only time you’ll see A1 together as a quartet once again. In their heyday, they recorded three best-selling albums and a Greatest Hits project (1998-2003) and sold millions in the UK, Europe and Asia. They also bagged the highly sought-after Brit Award for British Breakthrough Act in 2001. Unleash the teen in you and belt to hits like “Same Old Brand New You”, “Caught In The Middle”, “Like A Rose” and more.  Tickets are priced from $68 via Apac Tix. 8pm, MES Theatre 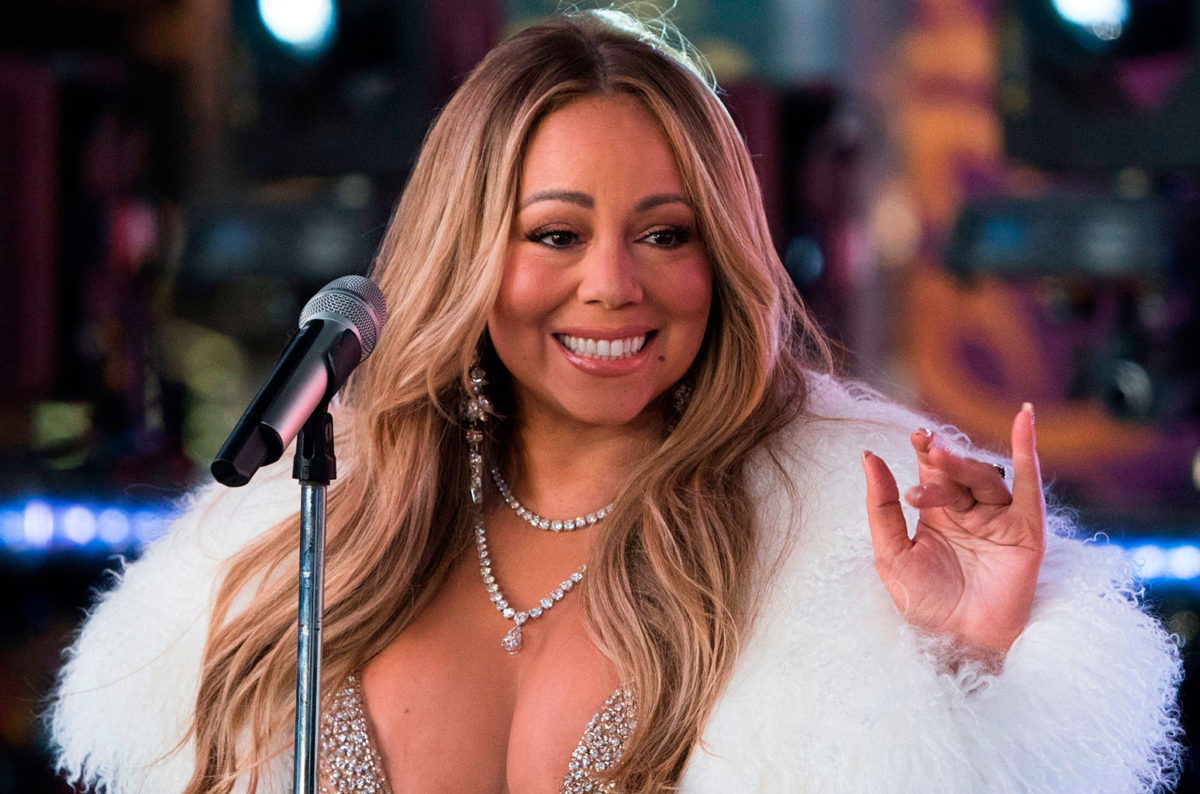 After four years, the inimitable Mariah Carey is coming back for a special one-night concert. Everyone knows about her five-octave vocal range, and her usage of the whistle register. Tickets are priced from $88-348 via Apac Tix. 8pm, The Star Theatre 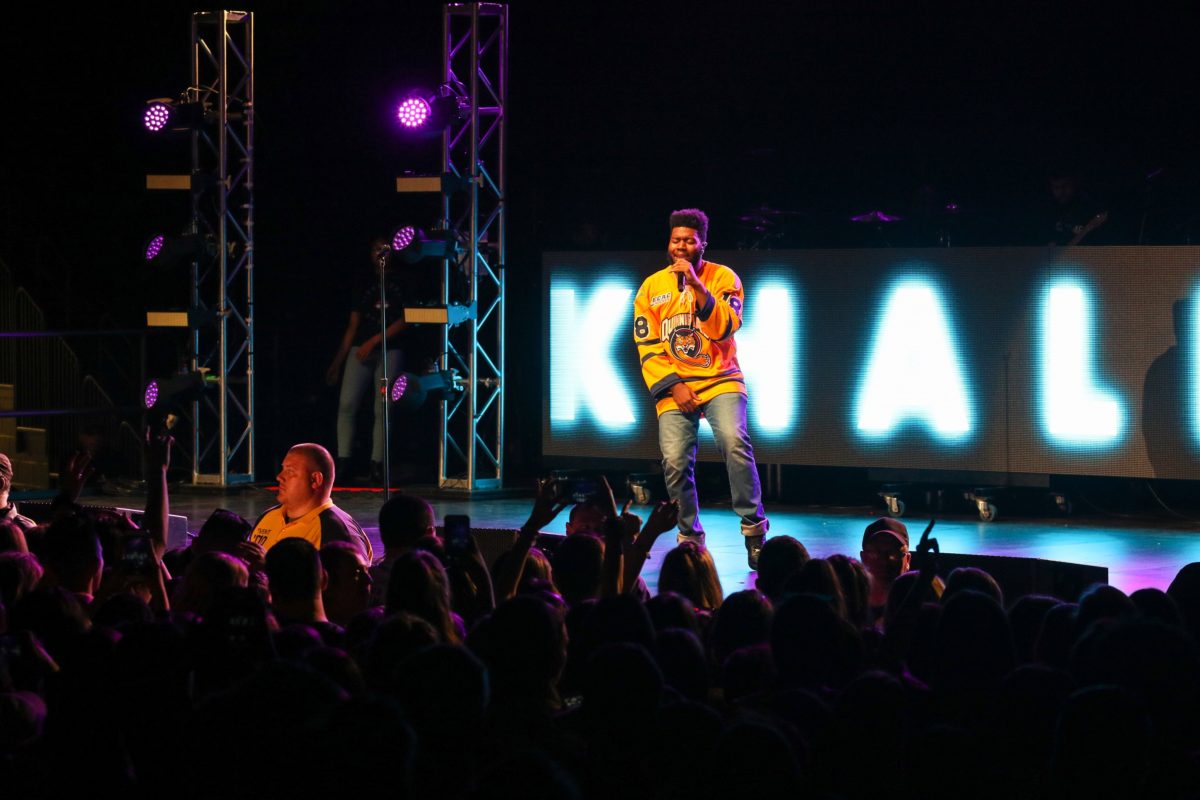 Only 20 years old, but Khalid has already been lauded in the music industry by fans and critics alike. This November, we’ll get a taste of his R&B and pop-soul magic when he performs in Singapore for his “American Teen Tour”. He’s now earned numerous nominations including five Grammys, and snagged big awards like Best New Artist at the MTV Video Music Awards and Top New Artist at the Billboard Music Awards. He’s also worked with some of the industry’s biggest like SZA, Martin Garrix and Ty Dolla $ign. Tickets are priced at $108 via Sistic. 8pm, Zepp @ Big Box 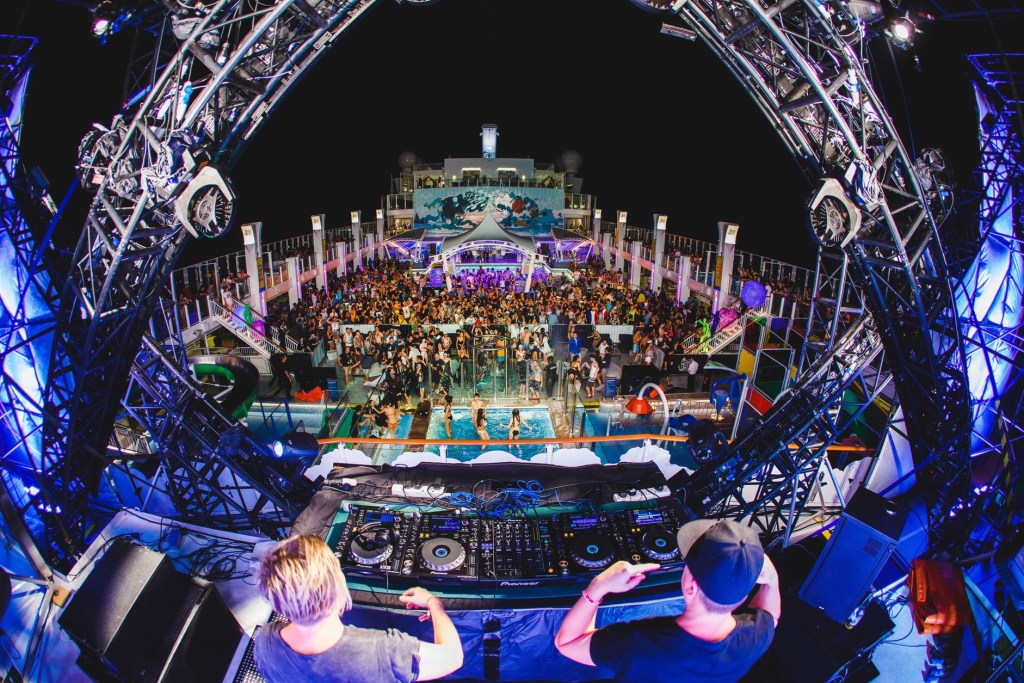 YouTube viral sensation-turned-rapper Big Shaq relieves David Hasselhoff of his duties as the appointed captain. Anyone who has an internet connection would’ve chanced upon his comedic nonsense rap “Man’s Not Hot”, which went viral within days (and is now a recognizable meme). The vessel will be returning to Phuket, so you can expect a bunch of themed pop-up parties, a stopover on the beautiful island and huge names like trance producer Vini Vici, EDM biggies Cash Cash and Showtek, Dutch progressive and electro house producer Sander van Doorn, Grammy-award winning producer Paul Van Dyk, German trance outfit Cosmic Gate, the legendary Darude and so much more. Tickets are priced from $466 via Galactix. Depart from Marina Bay Cruise Centre Singapore 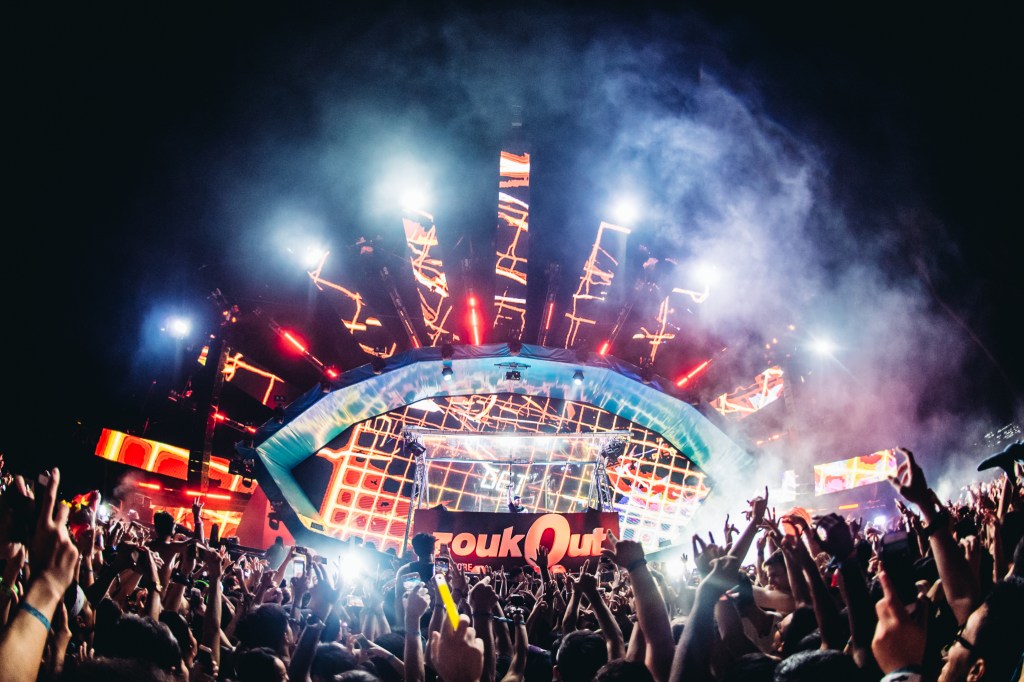 It’s been five years since ZoukOut expanded to a two-day event of debauchery and music madness. But this year, they’re reverting to their previous format of providing just a full, but still massive 14-hour day of the best in electronic music. While details and the full lineup are still in the works, Zouk, which emerged at a glorious #3 on DJ Mag’s Topp 100 Clubs list this year, has announced that Belgian DJ and recording producing duo Dimitri Vegas & Like Mike will be headlining the event, alongside Dutch duo W&W. Stay tuned for more announcements. Tickets are priced at $148 via ZoukOut’s website. 6pm, Siloso Beach Resort