There is only one way to understand was is so exhilaratingly special about an Aston Martin Vanquish Carbon White and that is to sit in the driver’s seat to experience it first hand.

While I was back in the UK for the summer I drove up to Aston Martin Lagonda in Gaydon, Warwickshire to befriend Britain’s most iconic sports car brand. Aston Martin combines a racing engine with the immaculate bodywork of traditional British coach building in beautiful hand built sports cars.

The company was founded in 1913 by Robert Bamford and Lionel Martin with the objective a quality car of good performance and appearance for the discerning owner driver with fast touring in mind that would be designed, developed as an individual. It first gained fame on the racetrack and there in lies its due DNA. In 1947 the company was floundering and was bought by the industrialist David Brown who had made his fortune manufacturing tractors. His priority was to built new models that would bear his initials “DB”. 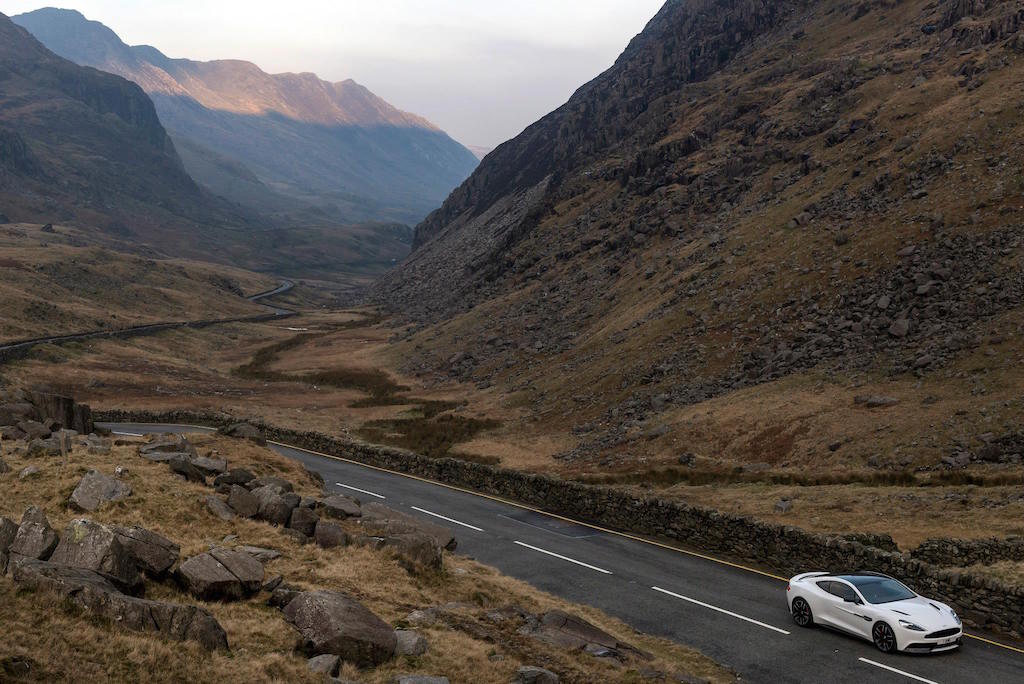 The sleek silver motor became one of the most famous cars in the would when it had a staring role in the Bond movie Goldfinger (1964). In the Ian Fleming 1959 book he had the MI5 spy driving a DB3. As Sean Connery, the original Bond was a new generation of film star – suave, handsome but also brutish with a hint of rough, the legendary production designer Sir Ken Adams felt it was more fitting for Bond’s car to be upgraded to the DB5, the latests model with the registration BMT 216 A. Working with engineer John Sears, the DB5 was first customised to include feature such as a bullet proof screen, revolving number plates and two hidden machines guns. 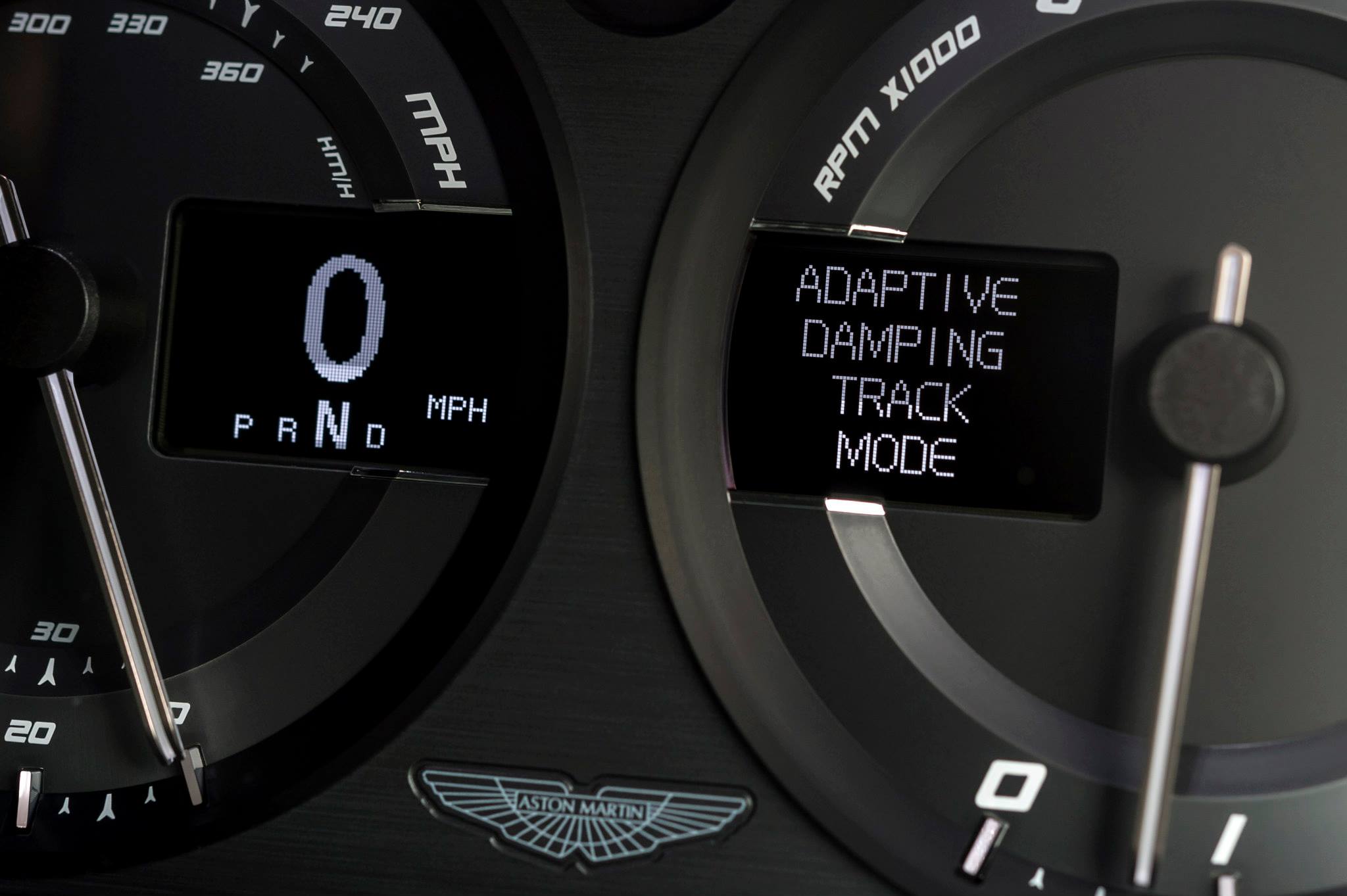 Aston Martins appeared in another ten Bond movies. The iconic DB5 reappeared in Skyfall in which a third life size model was destroyed by helicopter machine guns. The 50 year relationship was based on the mutual compatibility of the two brands and there was never any suggestion of sponsorship for the cars to appear in the movies. 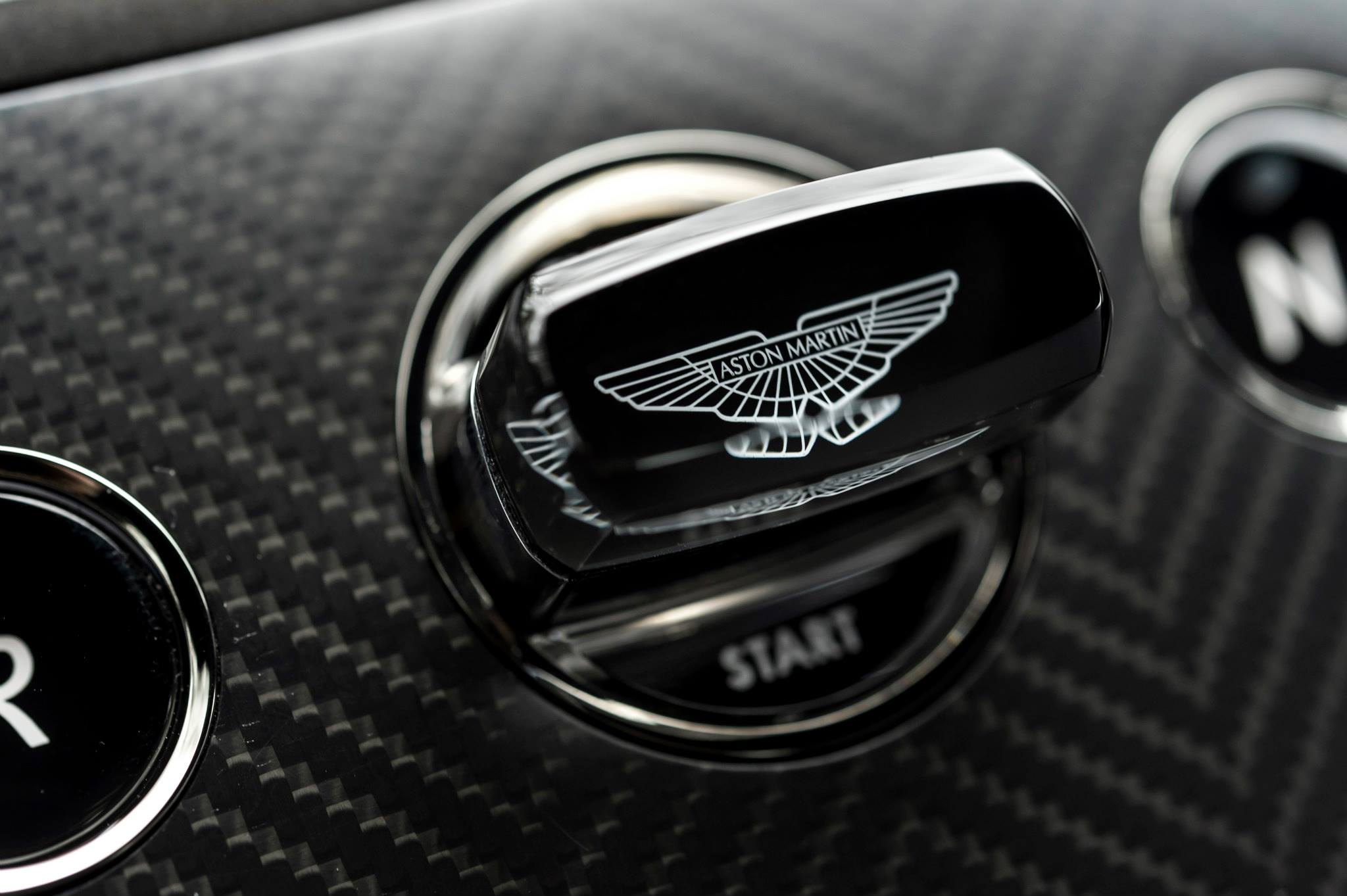 My driving experience started with Roger, a member of the Aston Martin driving instructor team driving me so that I could familiarise myself with the car. No sooner than we were out on the road, he demonstrated the car’s ability to accelerate 0-62mph in 3.8seconds, initially terrified I was quickly impressed my the cars athletic performance. This was the quickest accelerating production car in the company’s 101 year history with its top speed increased to 201 mph and its CO2 emission reduced by 10% to 296g/km. Responsible performance driving. 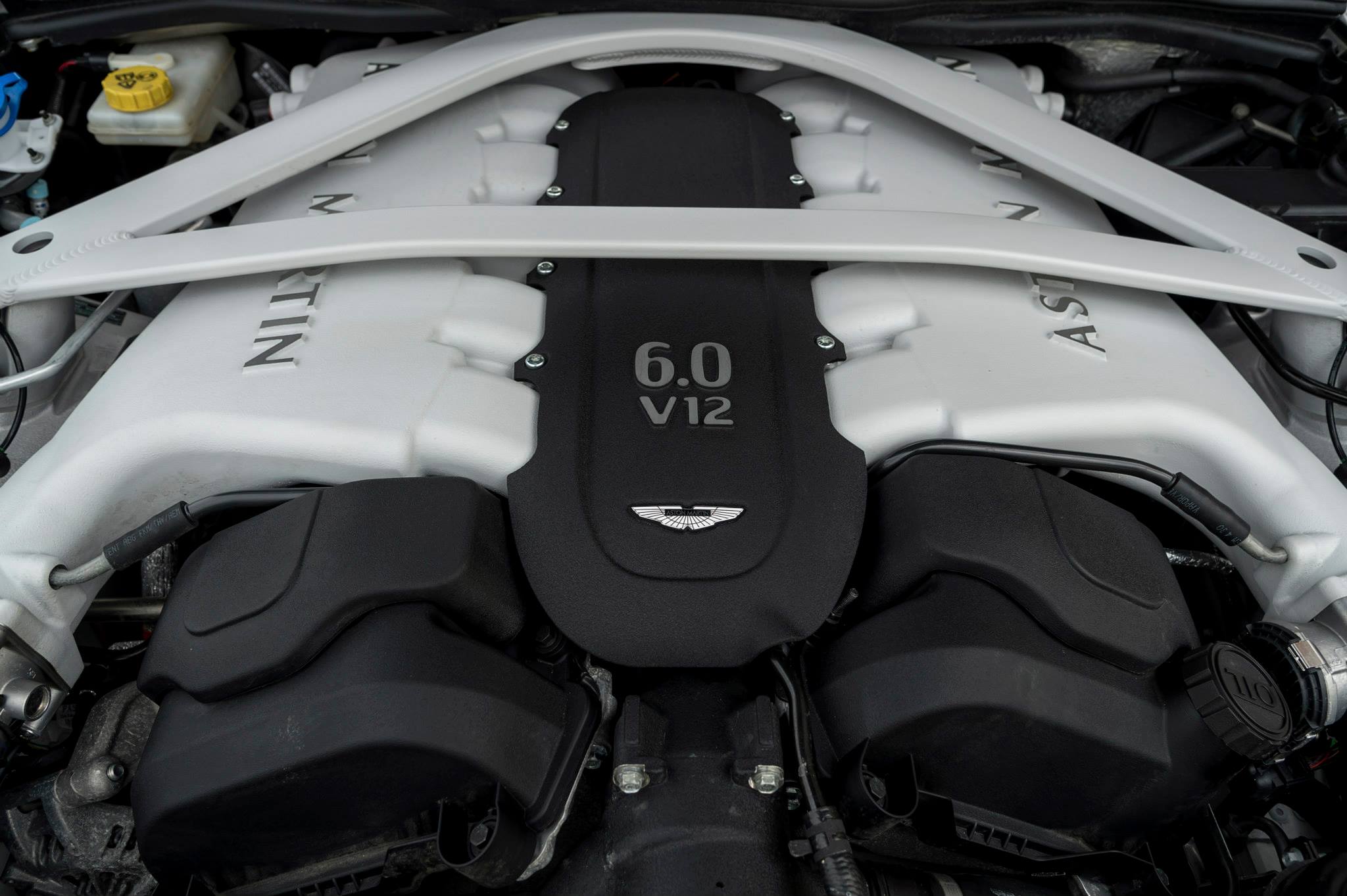 Motorways would frustrate this car, its best driven on wide sweeping A roads that climb up and down the rolling hills of the English countryside. The Aston is entirely at home covering covering magisterial poise and noise. It drives differently to other cars, its at ease accelerating into curves that others would need to slow down. The true class of this car is its ability to controlled breaking which is more impressive than its ability to accelerate. Its like riding a horse with the power of Frankel yet having the perfect manners of a polo pony. It obediently responds to the driver, never fighting them. 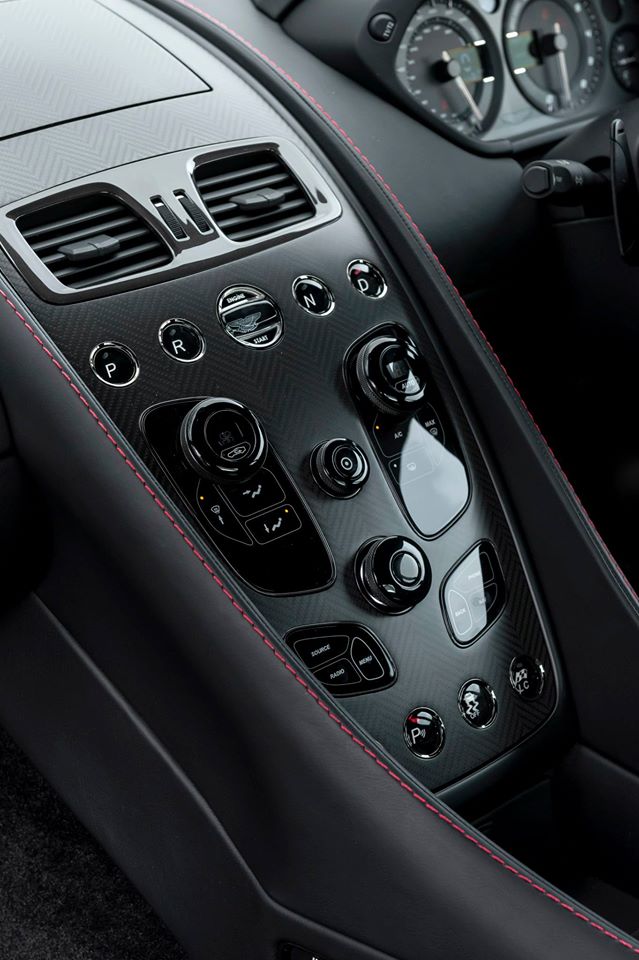 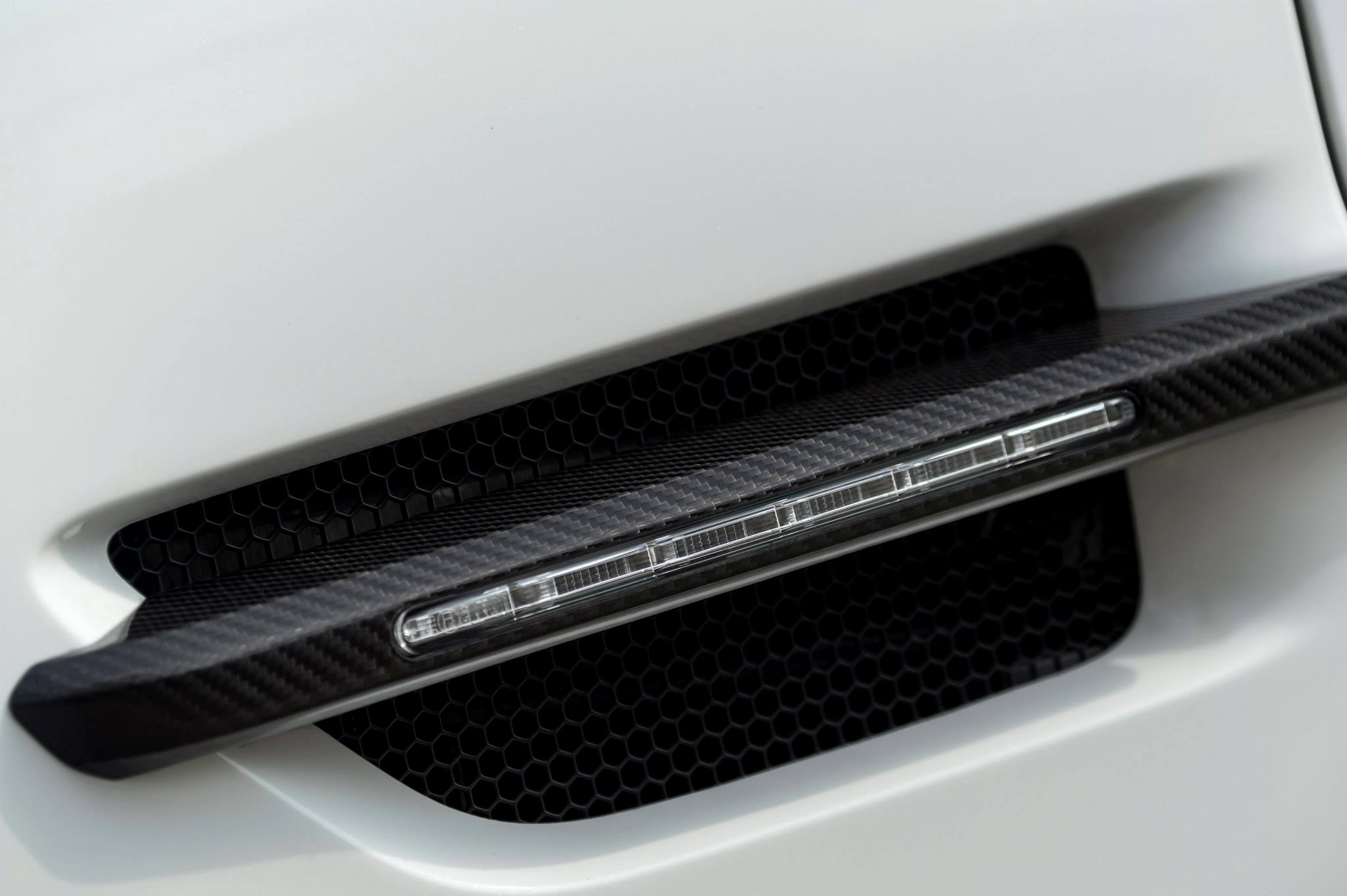 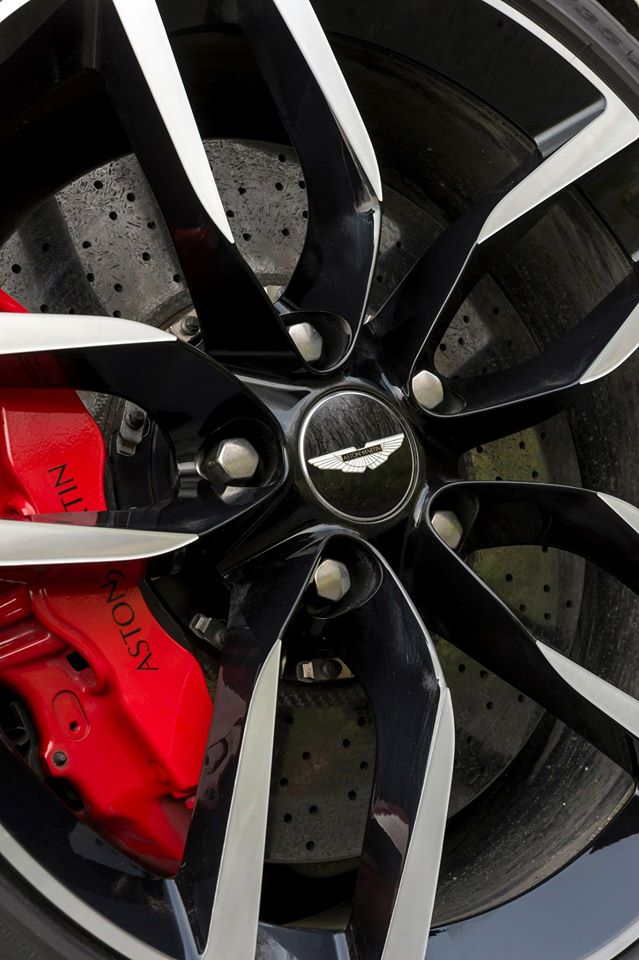 In the cabin there are smart-phone-style touch sensitive controls. There is a rich decadence in the trim, the hand stitching in upholstery has the unique signature of each of the upholstery stem stresses bring a level of bespoke elegance that befits a Saville Row Suit. 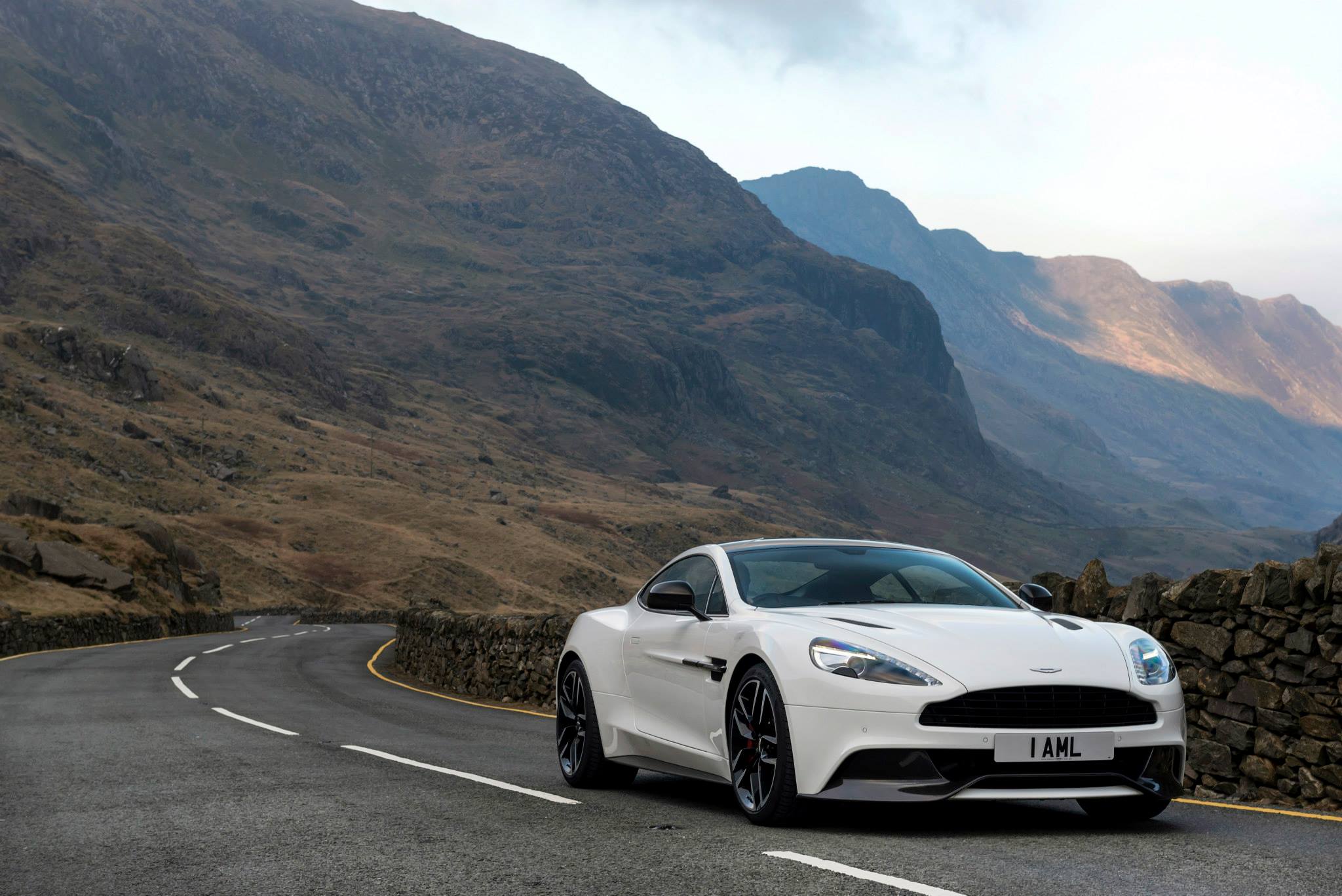 The exterior is sculpted from aerospace engineered carbon fibre that has been freed from conventional material constraints. Vanquish effortlessly combines elegance with raw athleticism. Coming from a racing DNA everything has been done to reduce weight in the interest of power and speed.

The Vanquish is unashamedly a very expensive car. That’s understandable as everything is fitted as standard, the buyer simply has to choose the trim and the materials used..