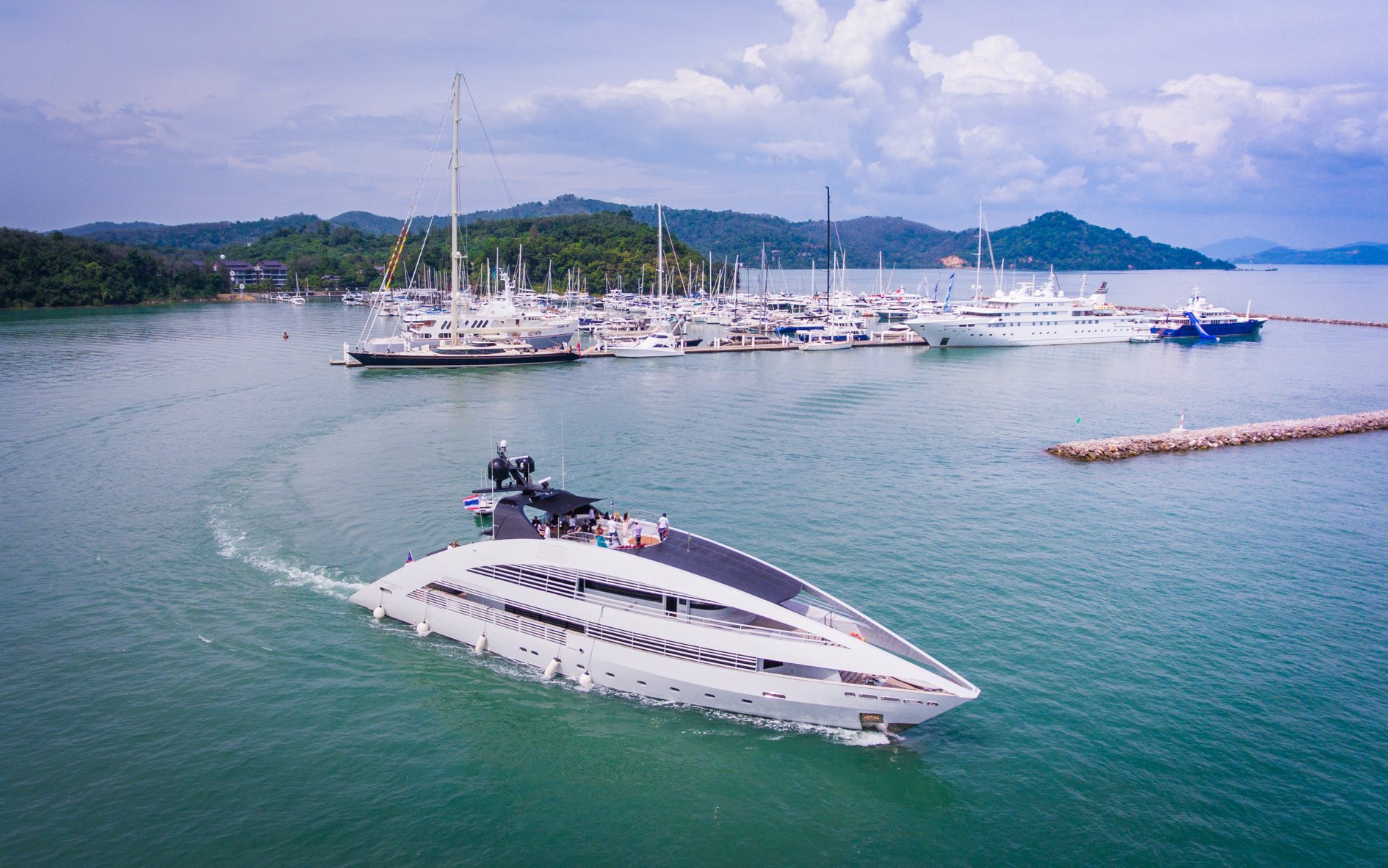 In a joint statement issued today by Andy Treadwell, CEO of Verventia Pte Ltd, owners of the Thailand Yacht Show (TYS), Gael and Olivier Burlot, owners of Asia RendezVous, and Gulu Lalvani, Chairman of Royal Phuket Marina, it was announced that the three parties have agreed to collaborate in producing one combined boat show in Phuket next year 10-13 January at Royal Phuket Marina

The move was precipitated by a request earlier in the year from the Tourism Authority of Thailand (TAT) to gather the industry together in one major event in Thailand so as to demonstrate united support for the government’s yacht tourism initiative.
.
At the same time, since the announcement in August of the Phuket Yacht Show, the yachting industry voiced its strong opinion that there should be only one boat show and requested just such a “get together”, with Royal Phuket Marina being the industry’s preferred venue. The three organisers were able to come to an agreement in principle last week to merge the Phuket Yacht Show team into the already-announced Thailand Yacht Show & Rendezvous.
Andy Treadwell explained: “It’s obvious that we needed to make this all one event, and great that we’ve been able to do so in a relatively short space of time – entirely thanks to the industry coming together and getting everyone to agree. The TAT, our partners and main sponsor of the Thailand Yacht Show, also asked us earlier in the year to try to put everything into one show instead of competing and dividing the industry. We’re all now looking forward to getting on with the job and building this event over the next few years into a proper international marketing platform for the yachting industry, and for Thailand as a world-class yacht tourism destination”.
.
Gael Burlot added: “We are very pleased to have everyone on board and a clear plan to develop the boat show. The luxury industries are starting to prosper again in this region, and with the right collaborative promotion in the right strategic places like Thailand, the yachting industry should start to see significant growth in this beautiful part of the world, where there is so much opportunity.”
.
Gulu Lalvani, Chairman of Royal Phuket Marina, said “I am delighted to welcome the combined teams to work together and produce the best boat show Phuket has ever seen, here at Royal Phuket Marina in January. As the host venue, my team and I will be showcasing Thailand’s marine industry to the world and will work with the organisers to achieve our common objective – to make Phuket and Thailand the central marina hub for the whole of Asia.”
.
David Hunter, Managing Director for Torqeedo Asia Pacific, one of the show’s main supporting partners, commented, “As the pioneers of the future of electric mobility for the marine sector, we are delighted to continue our support for the Thailand Yacht Show & Rendezvous, and we are very pleased to hear that it will now be held at Royal Phuket Marina next January which is a great setting for us and our partners BMW.
.
Our participation at this year’s TYS was a huge success, resulting in us winning contracts with the Thai government, including an all-electric passenger boat which will shortly be launched by the Prime Minister. We have also had several other new projects endorsed by the Minister for Tourism and Sports, who greatly enjoyed his experience at TYS and now fully supports our efforts to drive sustainable mobility.”
The Thailand Yacht Show & Rendezvous will take place from 10 – 13 January 2019, at the multi-award winning Royal Phuket Marina in Phuket.
*FOR ALL ENQUIRIES AND RESERVATIONS, PLEASE CONTACT info@thailandyachtshow.com
Share