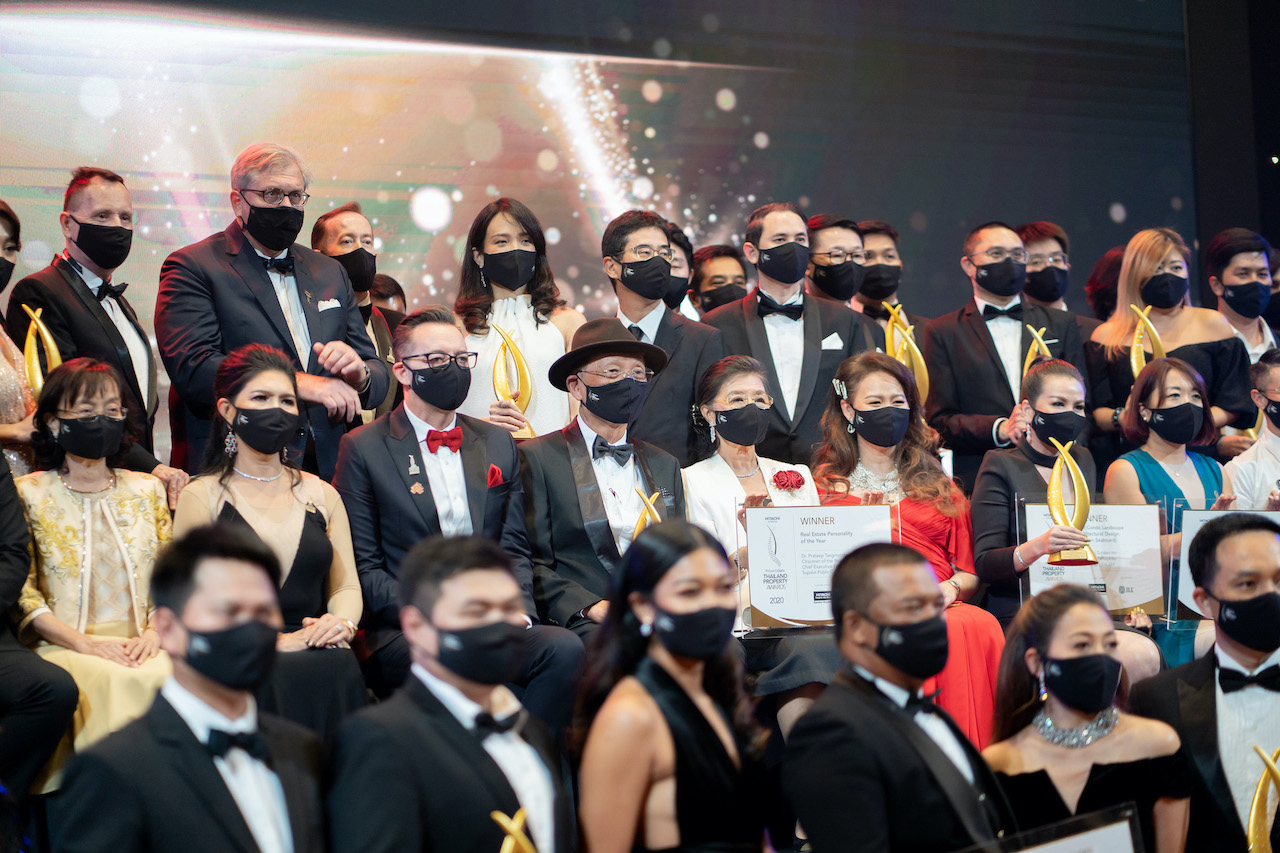 The awards programme will showcase the Winners and Highly Commended developers and projects during an exclusive gala dinner at The Athenee Hotel, a Luxury Collection Hotel, Bangkok.

Supported by gold sponsors Mitsubishi Electric and JLL Thailand, is now accepting nominations and entries for this year edition. The highly anticipated ceremony will be staged according to updated health and hygiene protocols in the Thai capital.

Thailand’s most trusted and longest-running real estate awards programme comes as property seekers in the kingdom show resilience and cautious optimism amid shifts in consumer sentiment during the pandemic.

Around 69 percent of property seekers in Thailand are still looking to purchase a property in the future, with about half of this number expressing an intent to purchase within the next two years, according to the Consumer Sentiment Study H1 2021 conducted by DDProperty.com

Despite the impact of the pandemic, only 56 percent of Thais were impacted in terms of property transactions, a lower figure than the second half of 2020. Also appealing to majority of consumers are the various purchasing packages, schemes, discounts, and cashbacks being offered by developers during the pandemic.

This era is marked by an increased usage of property portals by consumers in their 40s even as younger property seekers gather information from colleagues, friends and family, the study further found.

The PropertyGuru Thailand Property Awards programme is expected to help guide property seekers make more informed choices in quality real estate this year based on the shortlist of nominees as determined by an independent panel of experts led by JLL Thailand chairperson Suphin Mechuchep.

Reaching a wider audience including consumers, investors and real estate agents nationwide and across the region, the 16th PropertyGuru Thailand Property Awards night will premiere simultaneously on AsiaPropertyAwards.com/tv-podcast and the official channels on Facebook, LinkedIn, Twitter and YouTube. Highlights of the event will air on the History Channel, the official cable TV partner of the PropertyGuru Asia Property Awards.

Nominations from the public and official entries from eligible companies and projects are currently being accepted here: AsiaPropertyAwards.com/nominations

Nominees and entrants will undergo a fair, transparent, ethical judging process, under the helm of HLB Thailand as the official supervisor of the PropertyGuru Thailand Property Awards. Paul Ashburn, partner at HLB Thailand and ASPAC Leader at HLB Real Estate Group, leads the third-party team of supervisors.

Country winners from Thailand will have a chance to claim the “Best in Asia” honours as they advance to the 16th PropertyGuru Asia Property Awards Grand Final, which will also be hosted in Bangkok on 9 December. The hybrid physical and virtual edition of the PropertyGuru Asia Real Estate Summit, the tech and thought leadership platform of PropertyGuru Group, will take place in the same week.Thailand developers are among the most awarded at the Grand Final. In 2020, developers L.P.N. Development PCL., Habitat Group, Kasemsubsiri Co., Ltd., and Idea Development received five regional wins.

The year 2020 also marked the introduction of the PropertyGuru Asia Property Awards online gala series, which included the first virtual gala edition of the PropertyGuru Asia Property Awards Grand Final. The online gala series was viewed more than 516,000 times and reached viewers and property investors in more than 75 countries worldwide.