Who is Jean-Yves Bordier?  While writing our review of Mahanakhon Bangkok SkyBar  Laurence Civilour U.K. based food & wine writer noticed the Jean-Yves Bordier Cheese Plate on their Bar Bites Menu.

A selection of 3 outstanding cheese Brillat-Savarin, 21 months Comte and Truffled Gouda. Gastronomic gems that may not be fully understood. He arranged for samples to be sent to him to taste to explain what they contribute to dinner experience. The son of a cheese maturer who became a butter artisan in St. Malo in Brittany in 1985, when he acquired the La Maison du Beurre creamery founded in 1927. As a cheese refiner, he sees his roles as  “Choosing and Finishing Cheese” that he has selected from quality craftsmen, and his team brings those cheeses to their optimum tasting stage in their 7 natural reconstituted cellars to obtain rinds at the height of their taste and texture. Since 2015 Entrepreneur Fred Mayer of Avril Food has been importing Bordier Selection Cheese and Butter served in only the finest of Bangkok’s restaurants. 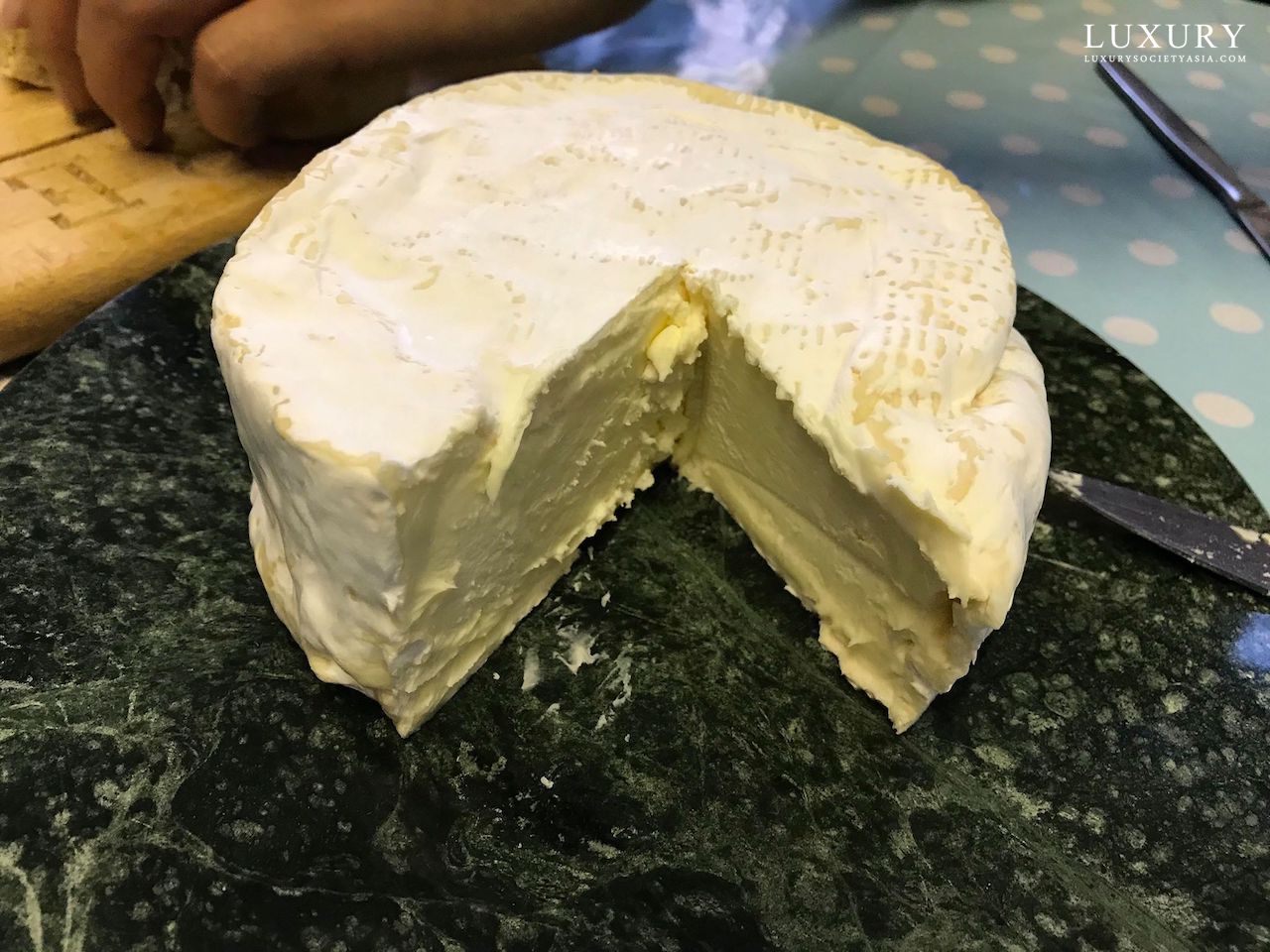 Let’s taste the cheeses. To start Brillat-Savarin is a soft, white-crusted cow’s milk cheese triple cream brie. When I unwrapped it with its white crust looked like a Brie or Camembert but when I cut into it the body was dense (due to the amount of cream added to the milk in the cheese-making process. Rich dense yet like with a taste an texture similar to exceedingly good cheesecake. We found that It matched perfectly with the black berries picked from the hedgerow in one of our field that surround our house. It’s the perfect and possibly the only cheese to indulgently pair with a glass of Champagne 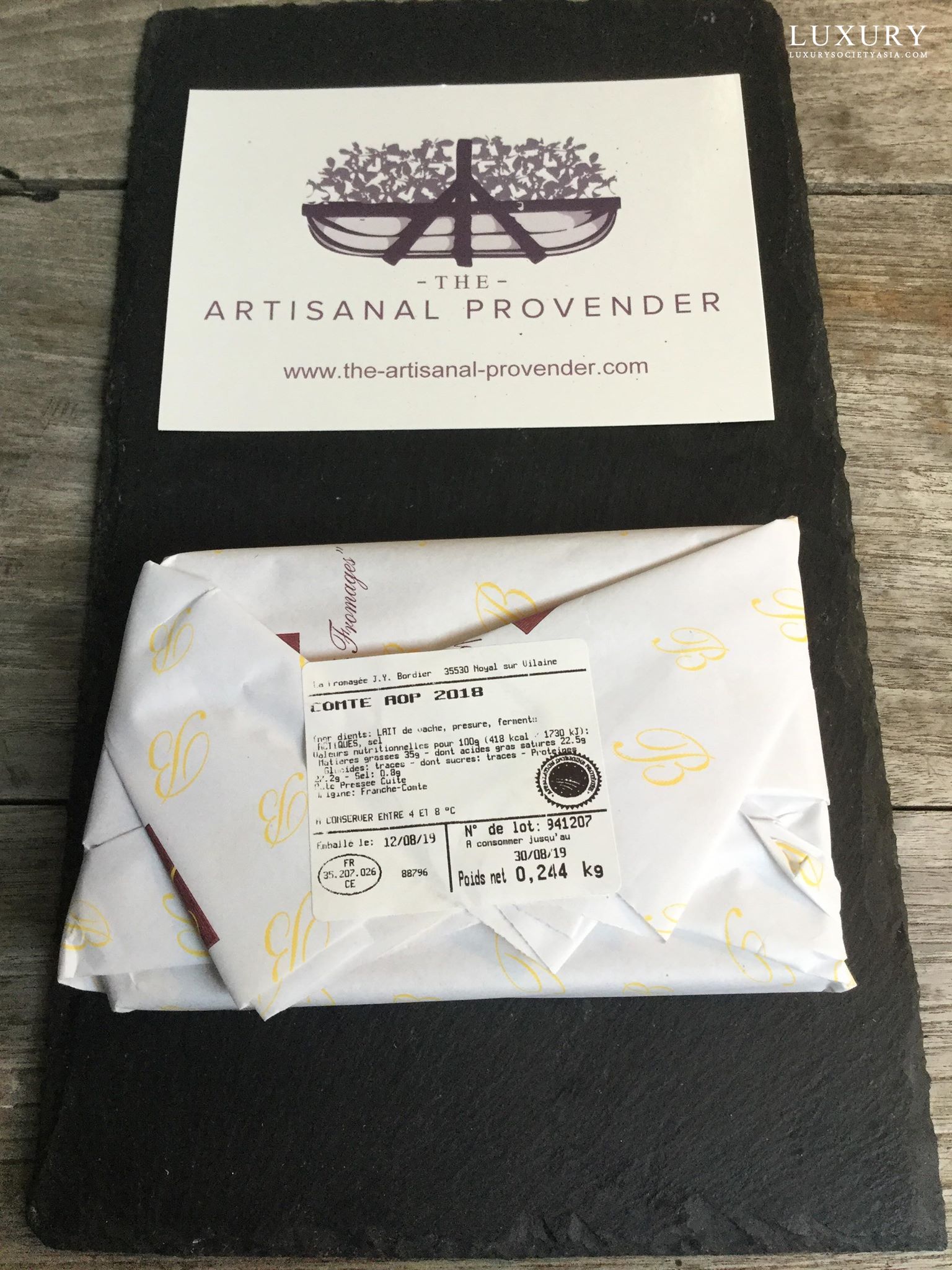 Comté is our weekly cheeses of choice at home. A member of the Gruyere family of cheeses but is a higher grade and thus has a richer flavour which is both nutty and creamy. We did a parallel tasting of the Bordier alongside the everyday supermarket cheese. We soon discovered that the 21 month had a greater depth of flavour. The complex array of sweet, nutty, floral and herbal notes to be found in Comté is a direct result of the diet of the cows that supply the milk. Each cow is allotted a hectare of land during summer– ensuring that they all have access to the natural pasture. During the winter the cows are fed on locally harvested hay – strictly no silage as it’s believed that this adversely affects the flavour of the milk. The quality of the pasture shines through in the cheeses creamy taste and texture. 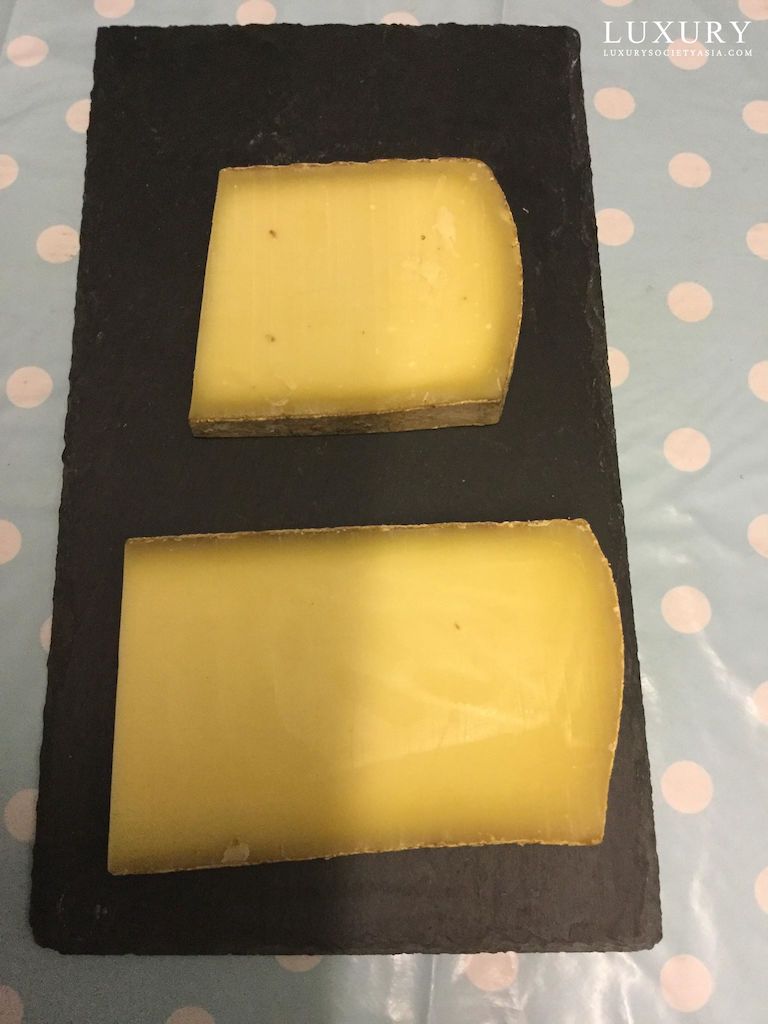 Our third and final cheese was an unusual creamy, washed curd, Gouda cheese with the addition of chopped black Italian Truffles that blend perfectly with the texture of the cheese. The process of making Gouda, including the washing of the curd, creates an elastic curd and a mellow flavour. A farmhouse Gouda from the Woerden region of Holland, the heart of cheesemaking country in the Netherlands. Made with raw, cow’s milk, this is firm a pressed cheese, beautifully rich and tasty. Perfect as an aperatif with a glass of wine or as an after dinner cheese course. 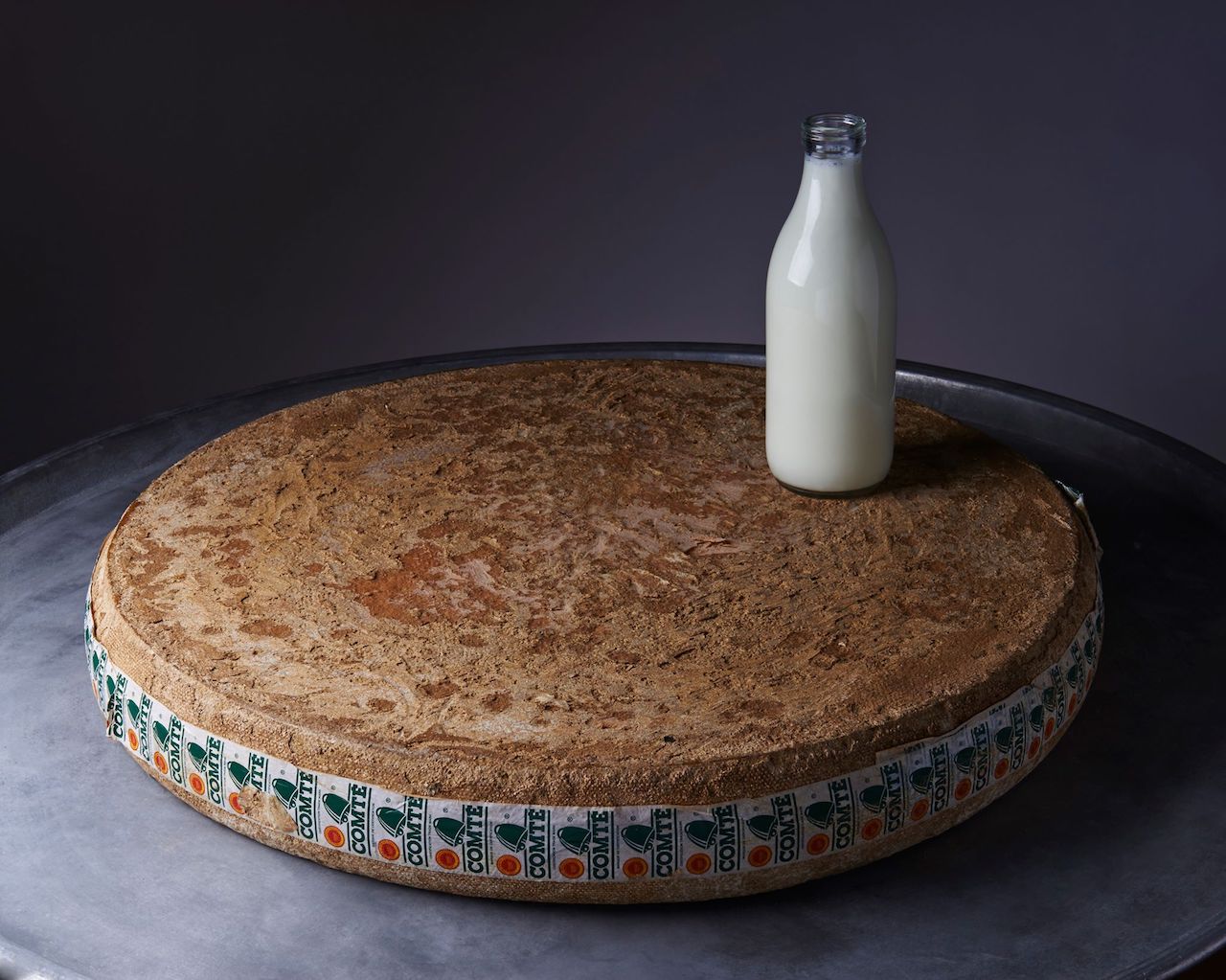 Their excellence is a result of each of them being made from the finest raw (unpasteurised) milk, a living product essential to aging. Cheese made from pasteurised milk can’t develop further. 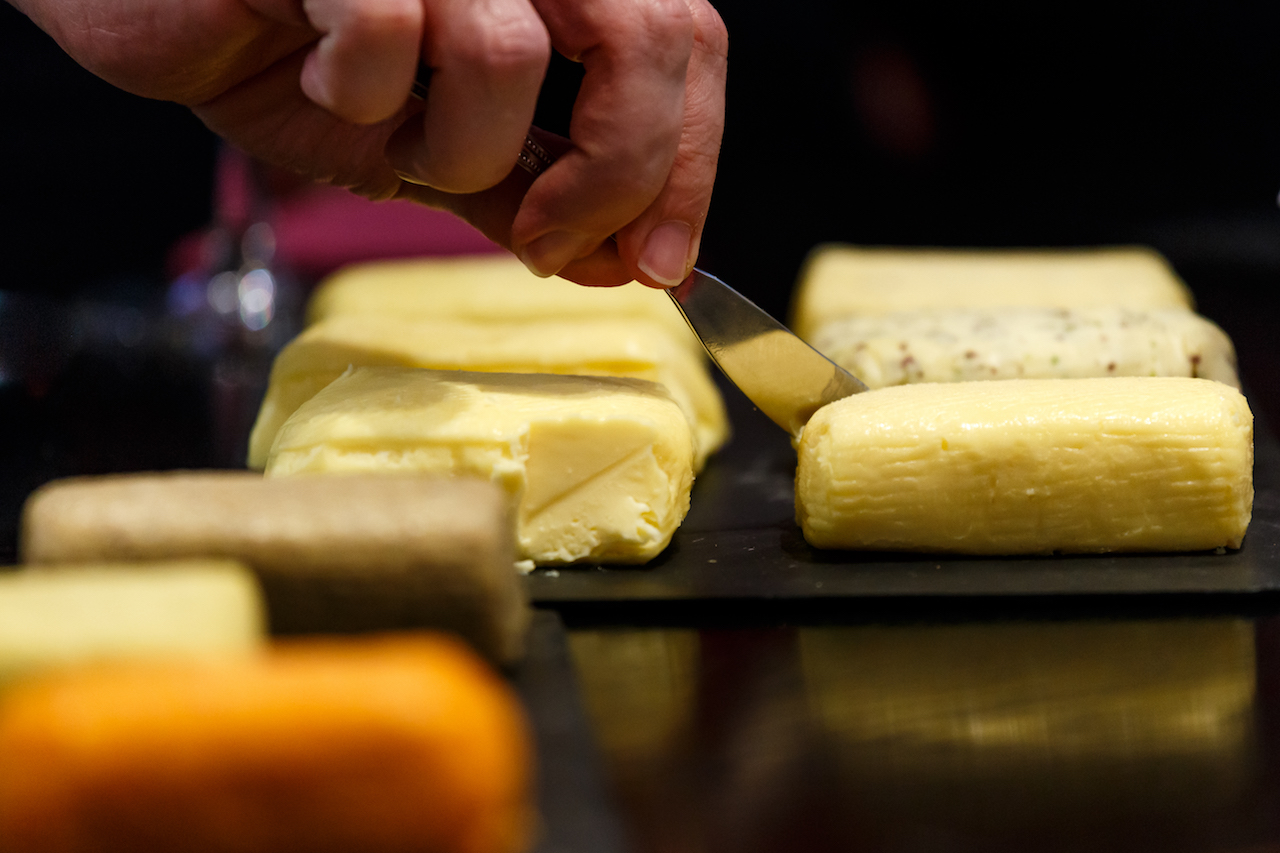 For Bangkok, they are available to buy at The Bordier Selection counter at Another Story at EmQuartier