What looked promising earlier in the week, never materialised. Weather forecasters were expecting the best breeze of the week to be on the final day of the regatta but, as Mr. Sod knows, things don’t always go to plan.

After three days of challenging conditions and tough racing, the sailors were looking for a final day bang, however, PRO Simon James and team left the sailors onshore as they headed off in search for wind, which turned into a search for the proverbial needle in a haystack. It was never found. While the sailors enjoyed the hospitality of the Bamboo Bar, cooled off in the sea and beachfront pool, racing for the day was called off at 12:55 and as they say, “that’s a wrap!”

Two wins in the last two races of the series for Ray Roberts and Millenium Racing was enough for them to secure a two-point winning margin in IRC Racing I. On the windward/leeward courses there was little between the two, just seconds at times, while Roberts and crew appeared to have the edge on Oi! over distance.

One more race would have brought a the drop into play and for IRC Racing II this could have changed everything. It never happened and third place for David Dimmock and Loco in Race 3 of the series was their downfall, allowing Scott Bradley’s Emagine to take top spot by a single point. Third place went to Ben Copley in his first outing on his new boat Gust (ex KukuKERchu). Of the four Beneteau’s in the class Fujin placed highest, beating Richard Barnhurt’s Balance on countback.

There was controversy in IRC Racing III on Day 2 when three of the five-strong fleet couldn’t finish by the stipulated time in the second race of the day, resulting in FPA for those boats and three points awarded to Phoenix. Redress requested by the Race Committee saw the Protest Committee award Phoenix FPA and one point, while the two finishers Foreign Affair and Moon Smile remained scored at first and second respectively. As often is the case, everything comes out in the wash and no matter whether it is a single or three points for Phoenix, and with no drop race in the frame, Phoenix still wins the class. Foreign Affair held onto second and Sailescapes Farrgo Express held off the challenge from Moon Smile to claim third.

After a slow start to the series in the Cruising/ Charter class, Jim Ellis and his enthusiastic crew on Remington found their speed and finished the series with a 3,1,1 scoreline and take out the title by a single point from BeauX Esprits, with Venture placing third. 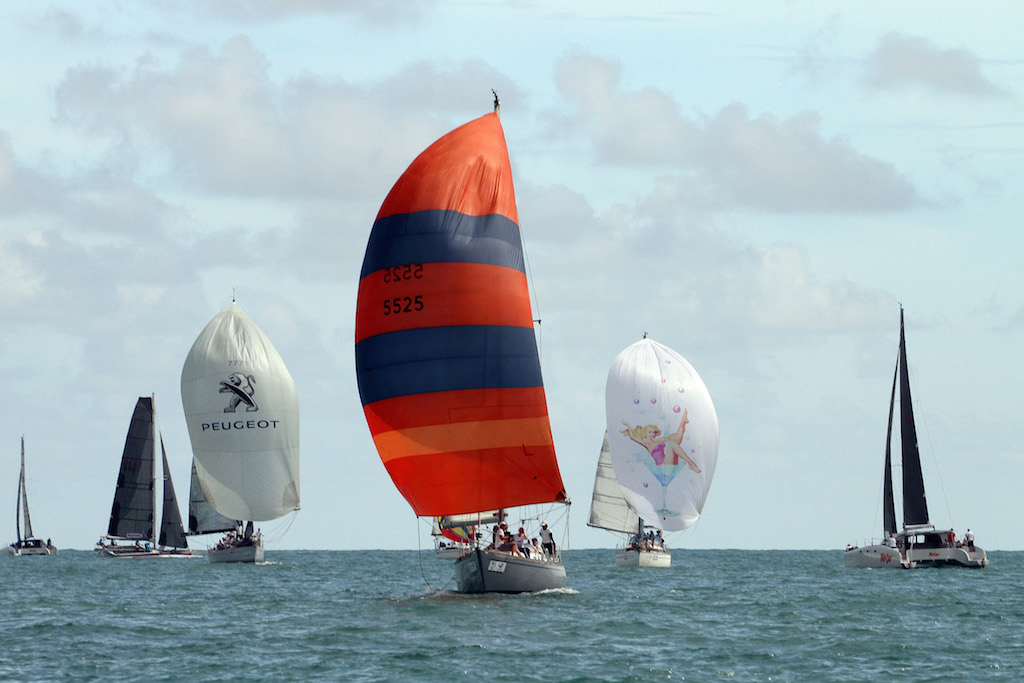 Four wins and a third in the final race was enough for Alan Carwardine’s Asia Catamarans Hurricane to defend his Multihull Racing class title from a fast finishing Java skippered by John Coffin, while Peter Wood and his Top Cat placed third.

In Firefly 850 Sport John Newnham defended his title in style dominating the class with a 2,1,1,1 while Voodoo, skippered by Ian Coulson, comfortably placed second ahead of George Eddings’ Blue Noze in third.

The only skipper in the fleet to keep a clean sheet this week was Mick Tilden on Pixalux who sailed a flawless series on his Corsair Pulse 600 in the Corsair Class. Charles Robinson on SuDu 4 (Yellow) got the better of a tie on points with Zam Bevan’s Multihull Solutions H30 to secure second place. Credit goes to the duo of Jiamin Qu and Watcharich “King” Aebi – a 15 year old Thai boy – who placed second in the first race of the series only to fall off later and finish fourth overall. 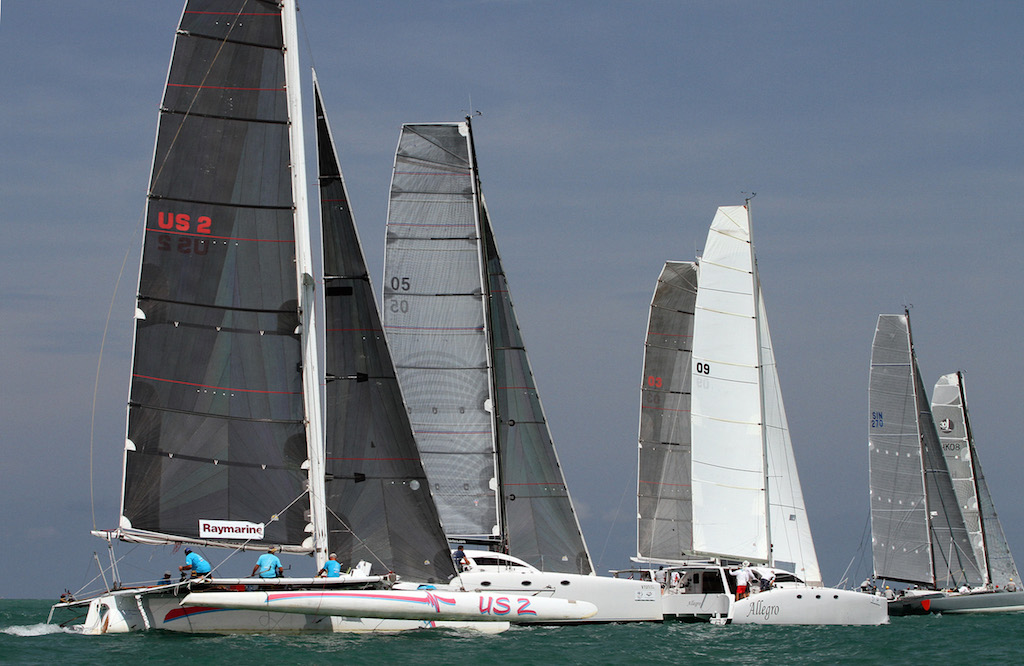 Now in it’s 13th year, Cape Panwa Hotel Phuket Raceweek is aging gracefully and this year welcomed a record fleet of 47 boats, with a growing number of sailors coming from around the world to charter a boat and compete. Also encouraging is the number of Thai sailors taking part, making up 20% of the fleet this year. While the fickle wind made it tough for all, the onshore facilities and services were, as usual, excellent. The parties lived up to their reputation and high bar while the Race Management team did an excellent job in trying circumstances.