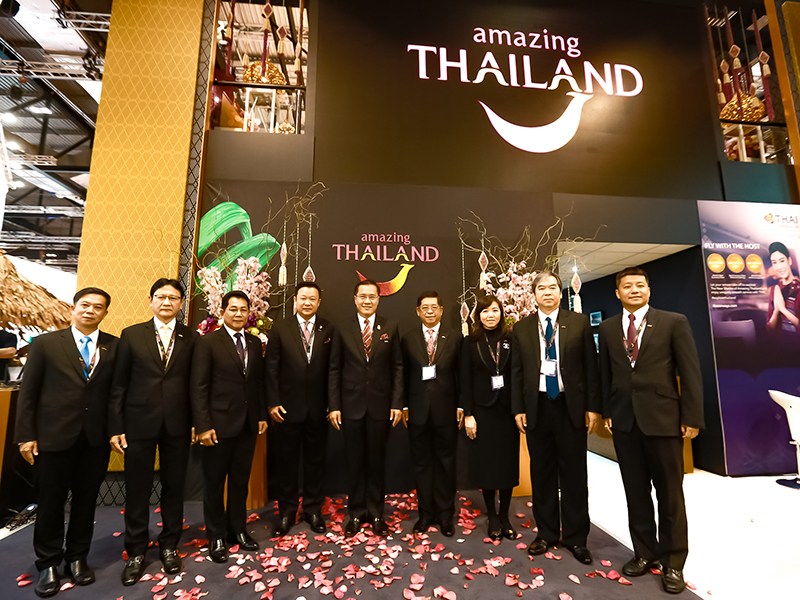 By leveraging on two of Thailand’s lucrative industries – food and tourism, which generated 850 million Baht and 2.76 trillion Baht respectively in 2017, the promotion is expected to help promote the kingdom’s emerging generation of 55 secondary destinations and better balance the distribution of tourist arrivals between the urban and rural areas.

Visitors to the Thai pavilion will also find other Thai exhibitors; such as, the Sports Authority of Thailand where visitors will find sports tourism products, handicrafts specially designed by the Support Arts and Crafts International Centre of Thailand (SACICT), Bangkok Airways, and the winners of the TAT Start-Up Project.

On 5 November, Minister of Tourism and Sports, Mr. Weerasak Kowsurat delivered a policy speech at the Thailand Briefing Networking Lunch. He provided an update of Thailand’s tourism situation, strategies, and new products and services.

After the briefing session, Minister Weerasak also presented the Responsible Thailand Awards 2018 to various organisations. This is the first year such awards are being conferred by TAT to promote sustainable tourism.

In addition, this year’s participation is particularly important for relations between the Thai and British people in the wake of the help provided by British cave divers and experts in the rescue of the 13 Wild Boar football team in Tham Luang Cave in June-July 2018.

During the WTM, TAT will present Thailand Elite Cards to the three British cave divers and experts who were among the multi-national team of rescuers.