Katja Henke a native of Hamburg Germany took over as General Manager at  The Peninsula Bangkok on 27 December 2012. Her hospitality career started at the age of 18 when she embarked on a two-year apprenticeship at the Bernerhof in Gstaad and attended the Schweizerische Hotelfachschule Luzern.

Katja’s international career has also taken her to France, England and the United States, where she worked as General Manager of Blantyre, a Relais & Châteaux property in Lenox, Massachusetts. Prior to joining The Hongkong and Shanghai Hotels Limited (HSH), she was also Hotel Manager at the Four Seasons in Washington, D.C. and the Beverly Wilshire in Beverly Hills, California. She joined the Peninsula Group as Hotel Manager of their Shanghai property before moving to Bangkok. 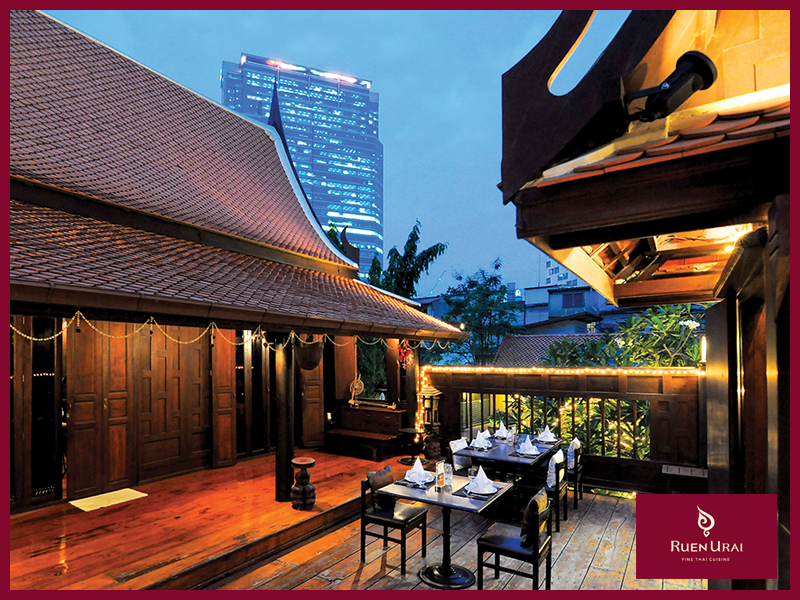 In no particular order here first choice is Ruan Urai

Set in the grounds of The Rose Hotel the name means “The House of Gold”. A century old golden teak house, recently restored in Ayuthaya, the former residence of the herbal medical doctor to King Rama V. Filled with Asian antiques and Thai crafts to create an intimate residential feel.Out of respect to the original owner the food uses herbs and spices that gives an abundance of  flavours combined with medicinal qualities.

Dishes are more contemporary in their presentation with many presented on black slate. Here they take a simple dish and refine it while respecting the authenticity of the taste served in a contemporary presentation. A perfect example being Mieng Bussabong  a variation the more familiar Meing Kham, meaning to eat many things in one bite, originating in India. The bettlenut leaf wrapping had been replaced by an open lotus petal filled with non-traditional salmon and lotus seeds with usual mieng condiments of diced shallot,fresh ginger, garlic and lime still in its skin, and Meing Kham sauce. 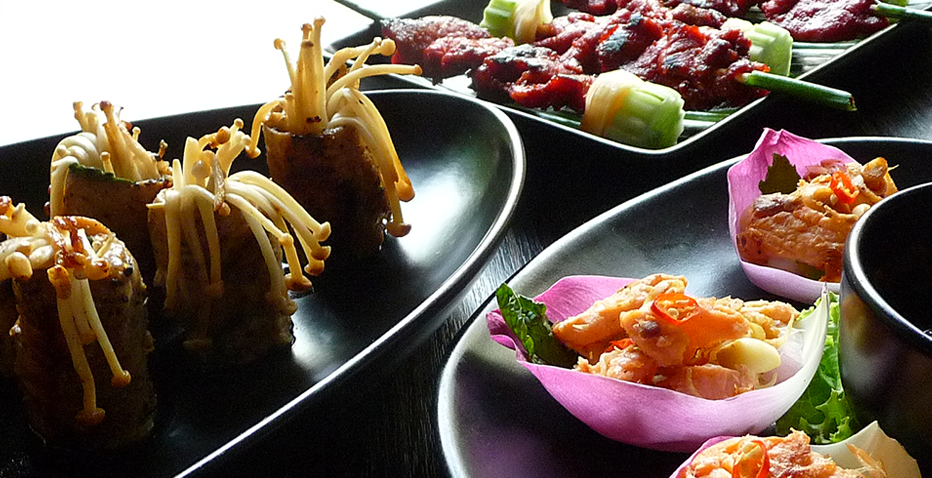 Another multi-ethnic dish was Ghai Khem Thong the healthy combination of grilled chicken filets with Enoki mushrooms and herbs that combines Thai, Chinese and Japanese flavours. An innovative well thought out dish. 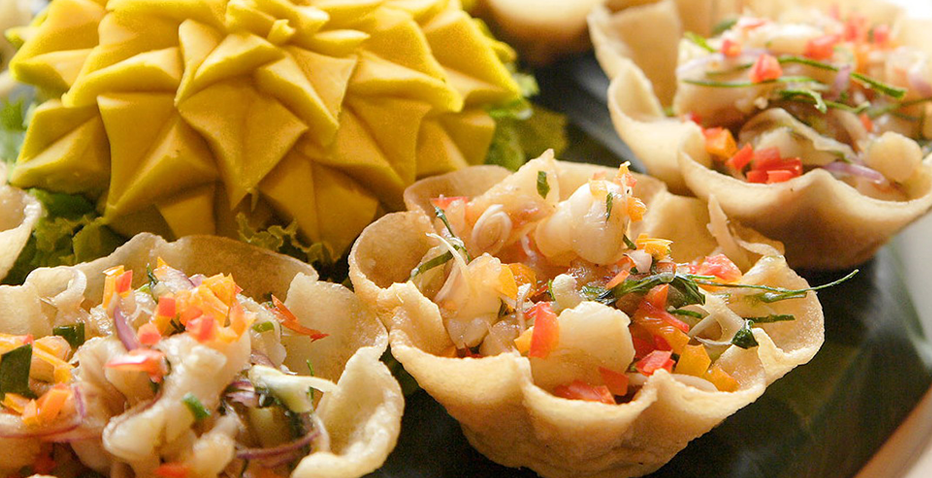 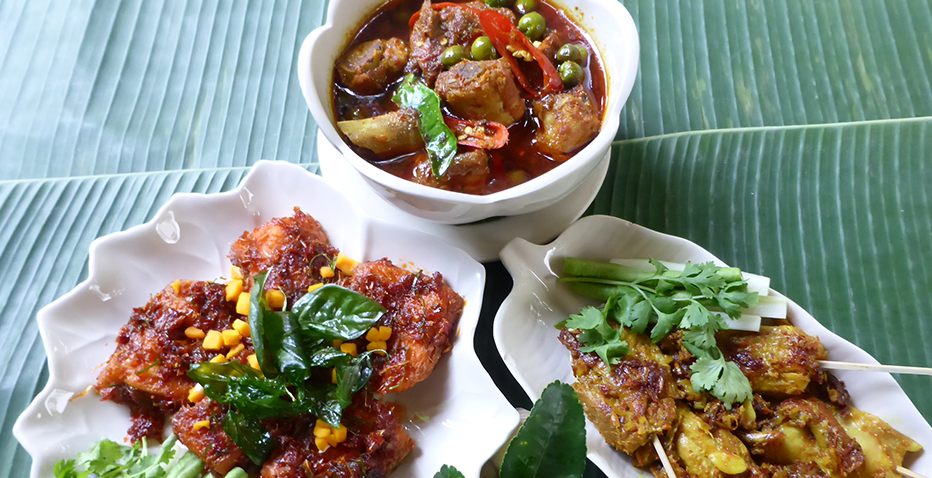 Demonstrating that the historic Lanna Kingdom of Northern Thailand extended into Burma with the culinary consequence that resulted in  comfortable tasting Ghaeng Hunglae a Burmese style pork curry with ginger and garlic. 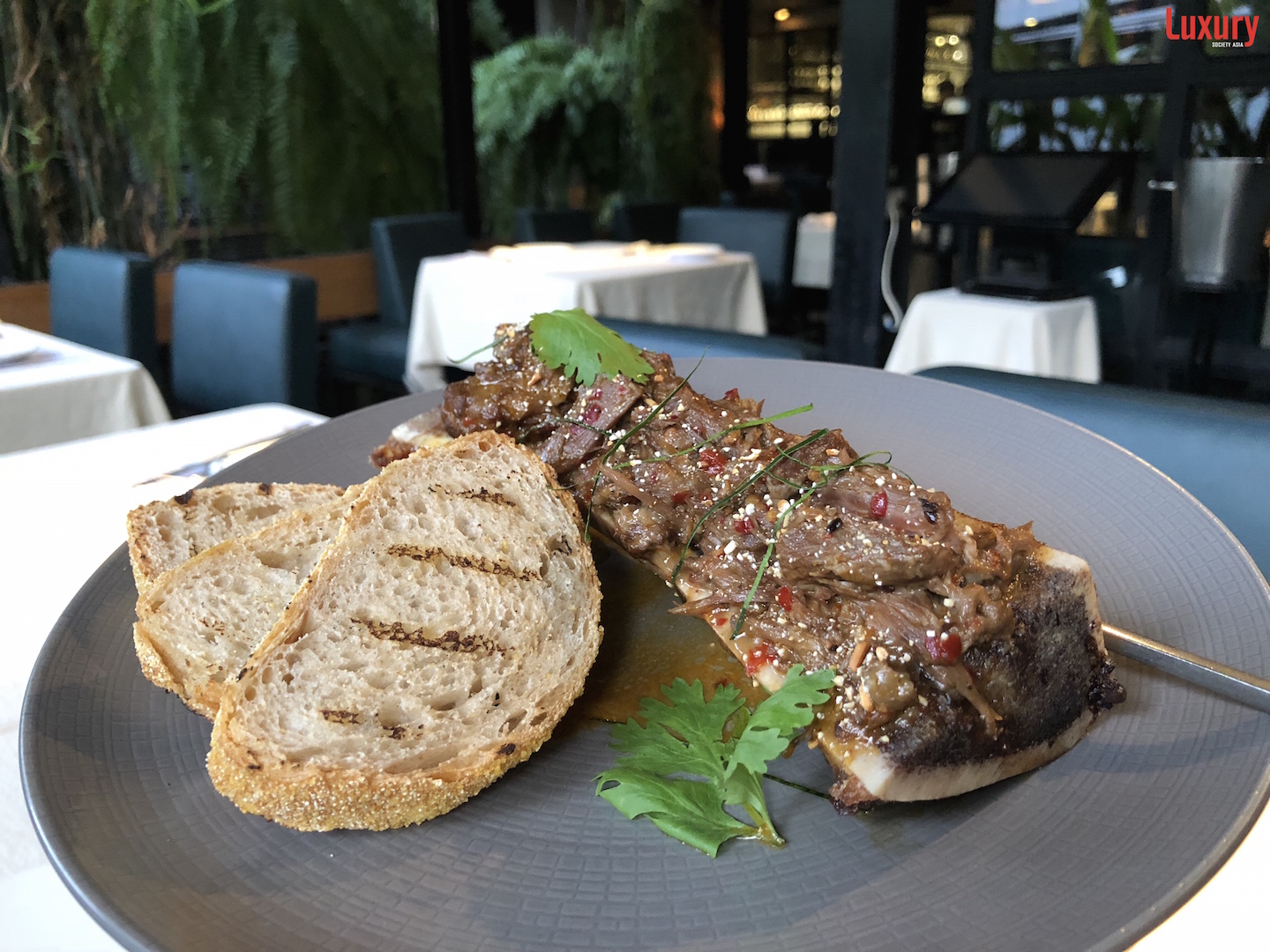 Located in a non-descript Soi off Convet Road Darren Hausler’s restaurant and bar sets its own rules and successfully dares to be different. Combining clean lines, low lights modern art and eclectic Pacific Rim inspired cuisine that manages to pull off clean, fresh and bold flavours. While it may sound a contradiction it is both casual yet sophisticated.