A Consumer’s Guide to Gem Grading – All About Gems 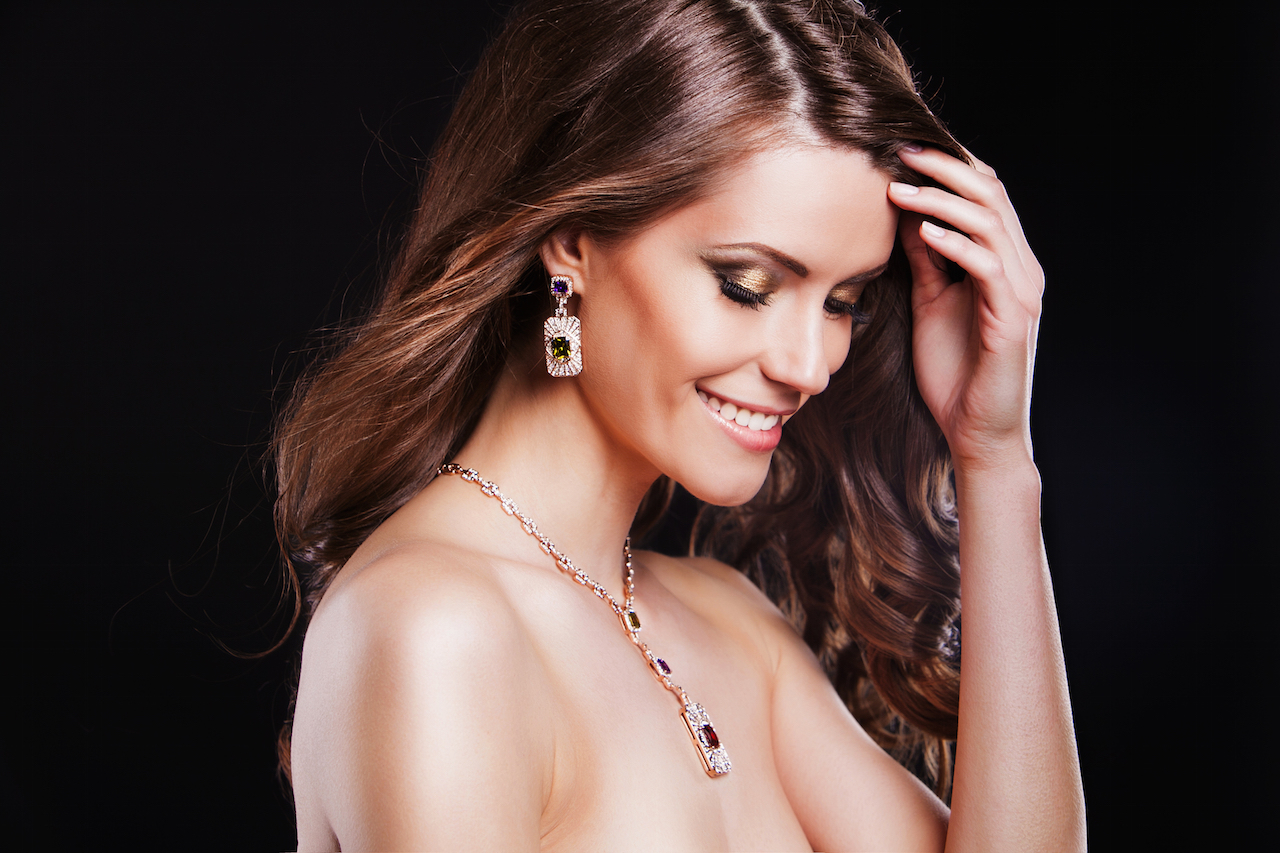 While some of you may have already read previous , we figured that a little refresher probably couldn’t hurt.

It is undeniable that nowadays the attraction for colour gem is on the rise yet, very few actually know what they are buying and this could lead to a somewhat rude awakening.

In this article we intend on discussing some of the main points that one needs to know when purchasing a gem such as: treatment, cut, clarity, carat weight, origin and of course the importance of a serious gemological report backing your purchase as well as, of course, figuring out what to do with it once you secured it!

The vast majority of people coming to us for the first time have little to no knowledge of the gem world, safe, perhaps, from what they see in the media. Even then, it usually doesn’t really help them secure a sound understanding of the item they intend on purchasing.

Therefore, when people come to us asking for a specific gem, say a ruby, we tend to ask them if they want this gem because of the name or because of the specific that people associate them with.

The intensity of the colour is one of the determining factors of price in a colour gemstone. While the so called top colours tend to command the highest prices, they seldom are the one we would recommend you. The reason behind is simple, they are traditionally too dark for jewellery and end up looking like a dark blob of sort… Here, at AsiaLounges, we prefer vibrant and joyful colours which seldom get the coveted and somewhat gory, in the case of rubies, colour titles such as Pigeon’s Blood Red.

There’s more than one gem type with the same colour?

Back to our point, should the answer to our first question be the colour, we would proceed to propose several types of gems having similar colour. In this example, we would propose spinels, garnets, red tourmalines or other gems depending on the available budget.

Showcasing the differences between these gems is capital to the customer’s understanding. While the general colour: red, is indeed the same, the shades of said colour may vary drastically between gems as the way their crystal reflects the light may or may not please one’s eye. Heck, two rubies of the same origin may have very different colours and undertone so imagine when you start playing with other types of gems.

﻿Which one of these garnets is redder?

Therefore, knowing the theory is seldom enough for a buyer to make a choice. Having proper guidance and seeing with one’s eyes the differences between these gems is paramount to making a good purchase.

One also needs to understand whether a gem has been treated or if the gem is as Nature intended it to be (safe from the cutting and polishing of course). I insist on this point as, more often than not, one can see from jewellers and gem dealers the mention Natural next to a gem while others will carry the mention Natural Untreated or Natural Unheated all the while telling you that it is the same. Well, if it really were they would not ask vastly different prices, now would they?

One first needs to know about treatments

As I was implying in my earlier statement, the difference between treated gems or usually referred to as natural gems and natural untreated gems is roughly the same as you’d have between processed food and organic, pasture fed meat… One is basically as Nature intended it to be, with its impurity and flaws if any, while the other has been tempered with by Man in order to make it look nicer. Nothing’s wrong with a little make up so long as it’s properly advertised mind you.

In the various treatment that one needs to be aware of you can find the traditional heat treatment of gems, glass filling or composite type gems and oiling. Each treatment has an obvious incidence on price due to the value and rarity of the original material.

While we will always favour a natural untreated gem over a treated one, it is good to know that all treatments are not equal and neither is the value of treated gems. Therefore, while an untreated gem is almost systematically more expensive than a treated one, a heated gem will tend to commend more value than a composite one and, bit of a paradox, oiled gems, since they are unheated, have very similar prices to that of natural ones. That said, I personally consider them to be a bit of a fraud as it is not a stable treatment…

Does clarity and weigth have an incidence on the price of a gem?

Last but not least is the clarity of the gem which, in the case of rubies is quite closely related to the carat weight. It’s always easier to find a smaller clean gem than a big one. The cleaner the gem, the more expensive it’ll be and, obviously, the bigger the better or so I heard… This said, I will always find smaller and cleaner gems to be more pleasing than bigger included ones. This is, like everything else I suppose, a question of taste though.

Difference in clarity in gems can make or break a gem but then it is, at times, necessary to keep a lovely gem

Why do Gemological reports matter?

Considering what we just explained here, it comes as no surprise that a good and reliable gemmological report is of supreme importance when purchasing a gem.

While we used to use both Lotus Gemology and AIGS reports for our gems we have shifted to fully supporting Lotus Gemology for a question of coherence. That way we know what to expect colour wise and, knowing that they are the toughest lab, or one of the toughest at least, in the market when it comes to treatment detection it gives us peace of mind when purchasing and selling gems.

That is our choice, however, and you can find their report a bit everywhere in high jewellery stores as well as reputable auction houses. Other gem labs can be perfectly acceptable too though.

Here are the ones we would recommend you should Lotus not be of your liking: SSEF, the apex predator of the colour stone market followed closely by Gubelin Gem Lab and AGL New York or our pals over at GIA. Others will also choose GRS but, to be honest, at the end of the day, all these guys are serious labs and in which church you decide to place your faith is entirely up to you…

Here is an example of active Lotus Gemology report on our rubies, discover them here =>

As you can see from the report above, a series of important information mentioned at the beginning of this article can be found on the report and we’ll help you decode it now.

How to read a lab report?

One aspect of the gemmological reports that any trader worth his salt will pay attention to, yet is often forgotten, is the “age” of the report. Should the report be older than 6 month to a year, it is recommended to ask for an update said report to the seller. That way you can be sure that the gem(s) have not been tempered with AFTER the report was issued. While I hope that this is not a common practice, we certainly have heard of this practice happening on occasion. Therefore caution is advised and a fresh report is a must.

The next info that needs be highlighted is the weight of the gem, but I guess it is somewhat self explanatory so we won’t go into details here. The dimension however are of importance as it’s one way to differentiate one gem from another even though they may be of the same type and weight. So keep an eye on that one!

Shape, cutting style and transparency gives you a general indication of what your eyes can see so we’ll here again let go of explaining it further. The colour however has an importance, while the vast majority of gem dealers spend their time pestering about this part (and the colour types), me included, one must admit that it is meant to help you, the buyer, get a better grasp of what you are purchasing as you may not be quite as sensitive to colour variations as we are in the trade. This being said, and regardless of what the paper says, if your heart tells you that it is not the one then keep searching.

Buying a gem is like falling in love, you know the right one when you see it not when the doctor tells you!

The colour part is important to understand as, as we said earlier, it makes a vast difference in terms of price. Saturation is usually referred to as the intensity of the colour while the tone is the brightness… kind of… For example, a low saturated red is called pink while a vivid one will be fire truck red.

Next in line is the origin of the gem. While I personally think that it is mostly a snobbish way to segregate gems by means other than sheer beauty, a great many people will insist on saying that a Burmese ruby will systematically be nicer, therefore more expensive, than one from Mozambique. I find that argument stupid but you can’t fight millennias of history and royal gems with such a highly subjective argument as beauty… or so I’m told.

Anyways, my advice here, don’t bother too much with the origin as, my personal favourite rubies and sapphires are from less noble origins and are therefore less expensive! So Viva la Revolución and just judge gems the way you would people, for who they are not where they’re from!

Last but not least are the colour types which we mentioned briefly earlier. They act as more of a marketing tool and a way to push the prices up than anything else. My advice to you is to disregard them completely if you are buying a gem to wear in a piece of jewellery and just focus on a colour that appeals to you. I prefer when people describe me a ruby as fire truck or strawberry red as I’m sure they have a clear colour in mind rather than Pigeon’s blood which no one really agrees on…

Should I buy the same types of gem for investment and for a “pleasure” purchase?

Now, if you buy for investment well, I have bad news for you. While most of what I said above remains true, know that origin, colour type and treatments become extremely important as you’ll be looking mostly at items that can enter in major auction houses such Christies’ and Sotherby’s. Know this though, with these guys you will enter a world where the most prized gems are more often than not fugly but carry a long history. So hello windows, sleeping beauties and other included pedigrees…

What to do once I secured a nice gem?

Now that you have a basic understanding of how to read a report and how to look at a gem you still have a problem… What to do with this lovely little thing once you purchased it? It would be a crying shame to leave that at the bottom of a dark safe wouldn’t it?

That is where we intervene! By we I mean jewellers obviously.

“ Now, if you happen to us, AsiaLounges, to make your dream piece of it’s all the better and here is what you can expect to happen at this point.
Read more here =>”