You could say Bangkok’s the bromance capital of Asia. Nowhere else can you find such a high concentration of bars and restaurants, catering to stiff tipples, smooth brews and burgers so big they can hardly be held with two hands. These are just a few of the traditional requirements for an epic boys night out, but Bangkok has much more than that to offer the blokes.

Split over three levels of an old corner townhouse, Smalls hits all the right notes for a laidback man date. The house specialty here is absinthe, served traditionally by the spoon, or in fountains and intricate glasses.Contemporary art line the walls throughout, but prime real estate is actually outside on the rooftop terrace. Make sure you arrive early or make a reservation. 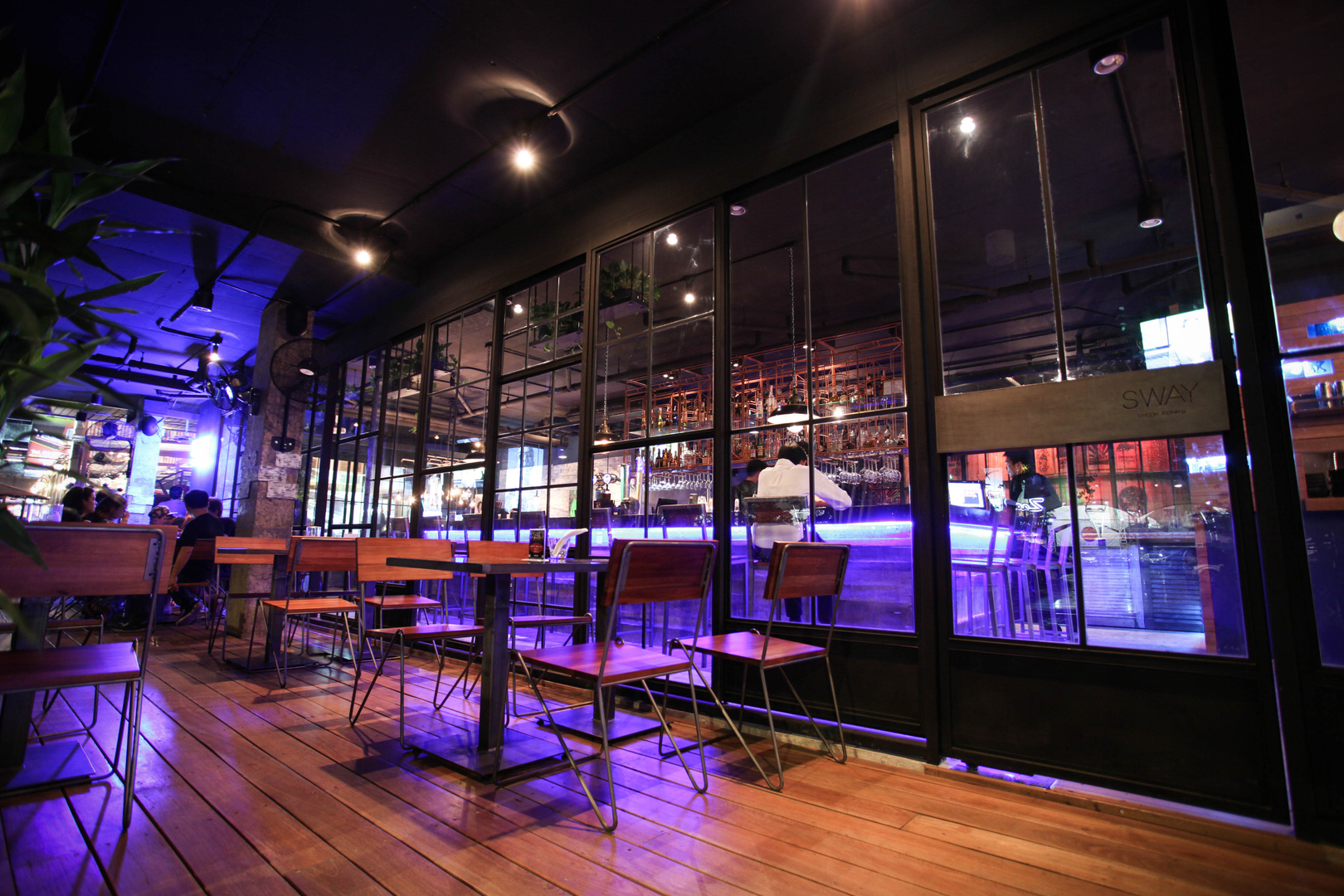 There’s nothing more manly than devouring chicken wings, and Sway is by far the best place to do that in Bangkok. This Thonglor bar and resto has 20 different flavours, like buffalo, wasabi, pet mak mak and the list goes on. Wash all that meat and sauce down with a choice from the bottled “beer wall” or six rotating craft beers on tap. Together with an interior that’s part-sports bar, part-Brooklyn warehouse, Sway is the setup for a perfect boys’ all-nighter – especially on Sundays and Thursdays, when wings are all you can eat for 300 THB. 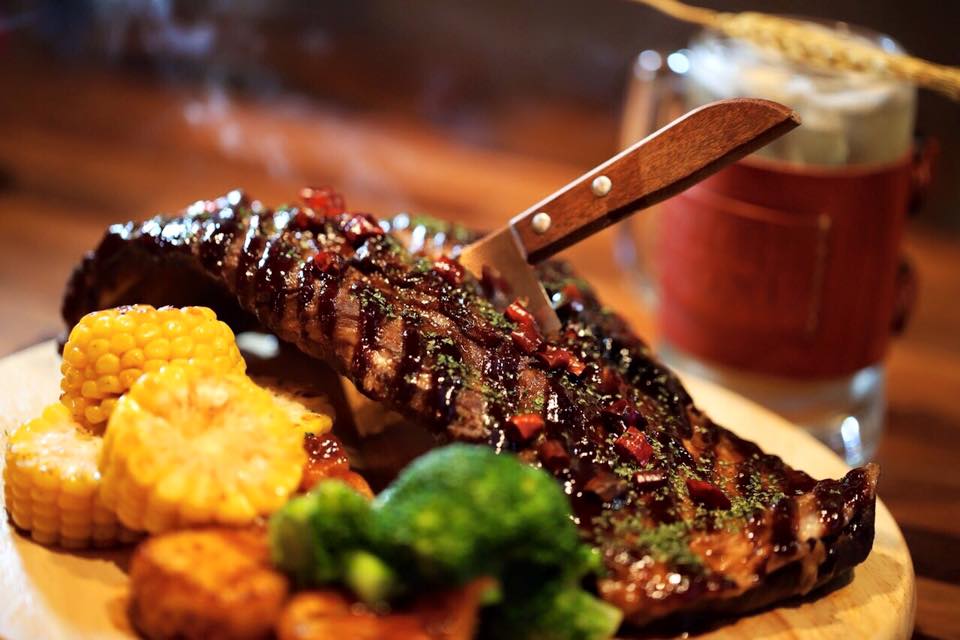 Bricks & Bone is Bangkok’s first bar to make bourbon the star of the menu, and we’re sure glad they did. Signature cocktails are based around the hard-hitting sauce and done up with bitters, liqueurs and ice like you never knew possible. There are plenty of rare bottles to taste from straight or on the rocks too, and your crew might need to spend a few hours comparing and contrasting notes. There’s also a BBQ menu, but it’s not for the faint of heart – the signature sauce, a top secret mix of bourbon and dried chilli, is properly spicy. 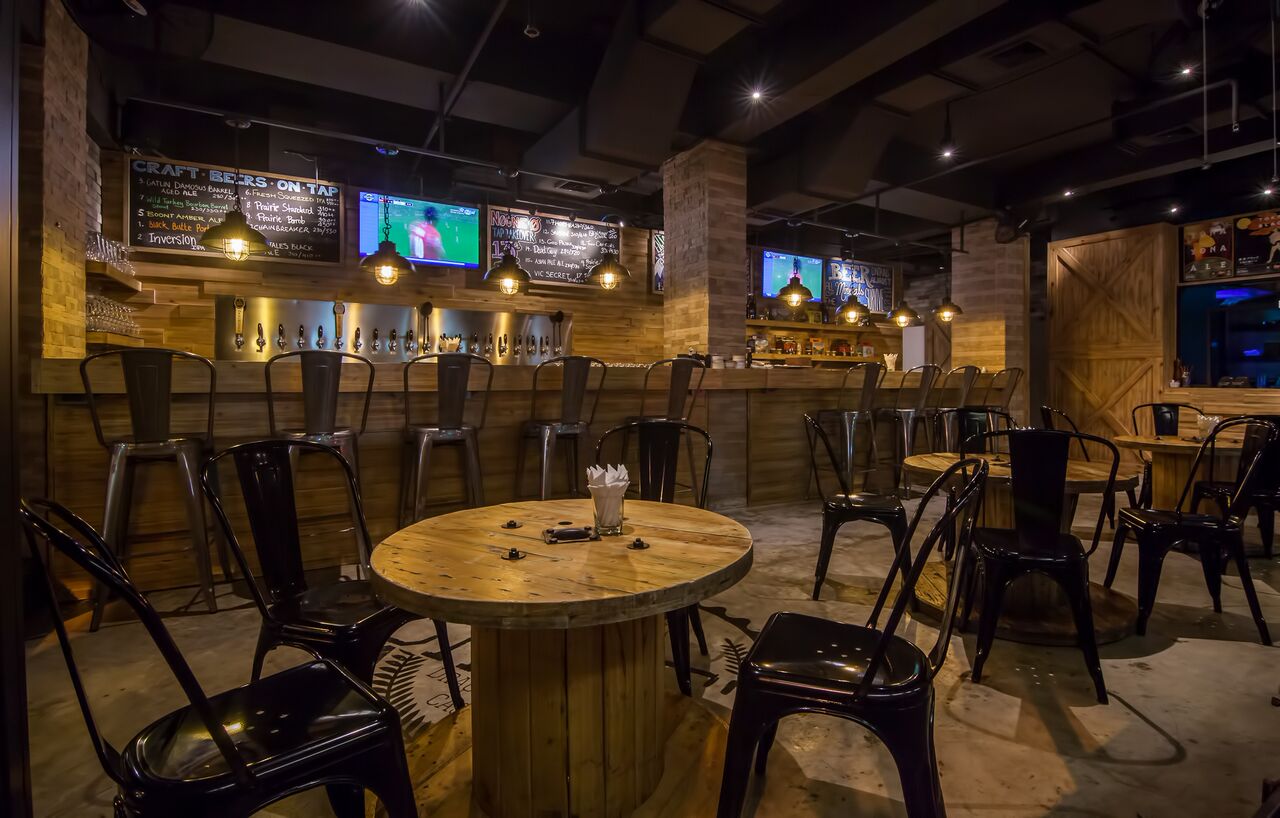 Craft is just the right kind of haunt for an after work or pre-dinner drink, a semi-outdoor stall exclusively selling craft beers. First launched as a pop-up, it was so successful there are now two locations in Asoke and Silom (next to Whisgars Silom). The chalkboard sports a range of 20 brews on tap at any time, although that tends to rotate monthly. There are around 50 other bottled variations from elsewhere in the world like the USA, Japan and Norway, all served on a classic wood bar. 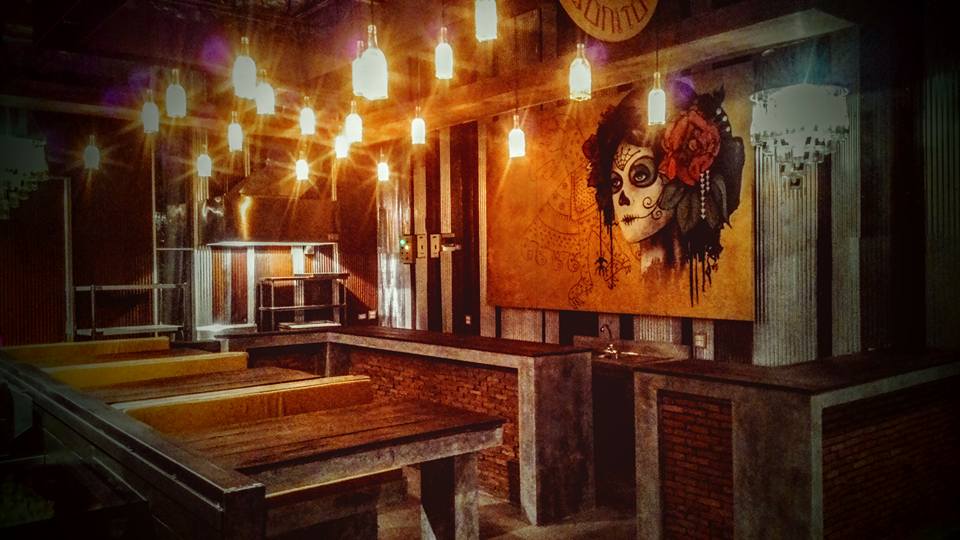 Mexican food is not only good for the soul, but also for male-bonding so you really need to go check out Barrio Bonito if you haven’t already. With a self-taught chef serving her family’s own recipes, you’ll get nothing but the most authentic guacamole and tacos here. Plus guy’s night wouldn’t be complete without tequila shots from the lengthy house list, or how about the Michelada? It’s a spicy beer cocktail that comes here in cool variations like the Mangoneada (mango, chipotle and lime), and Tamarindo Michelada (habanero chili sauce and tamarind). We’ll take two, por favor. 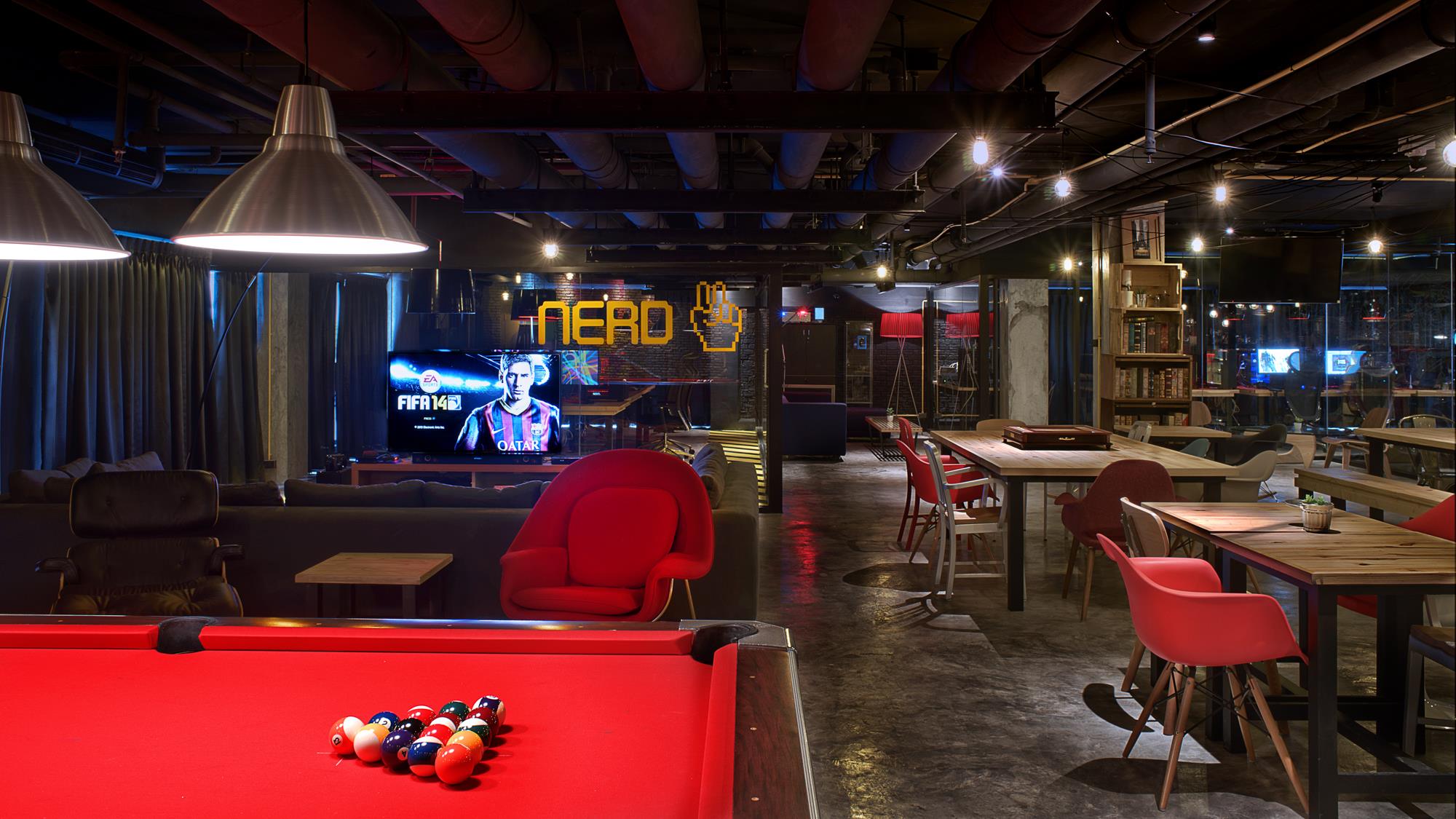 At this laidback hipster bar, guys can give into their competitive side and indulge in a big gaming sesh. Game Over has all kinds of PC and console games, pool and even board games like Risk and Cards Against Humanity. There’s also more than enough provisions to keep everyone going for hours, especially from the house restaurant NERD. It’s got a menu of gourmet pub grub (think lamb burgers and truffled parmesan fries) but there’s also all the regular cocktails and imported craft beer on offer. 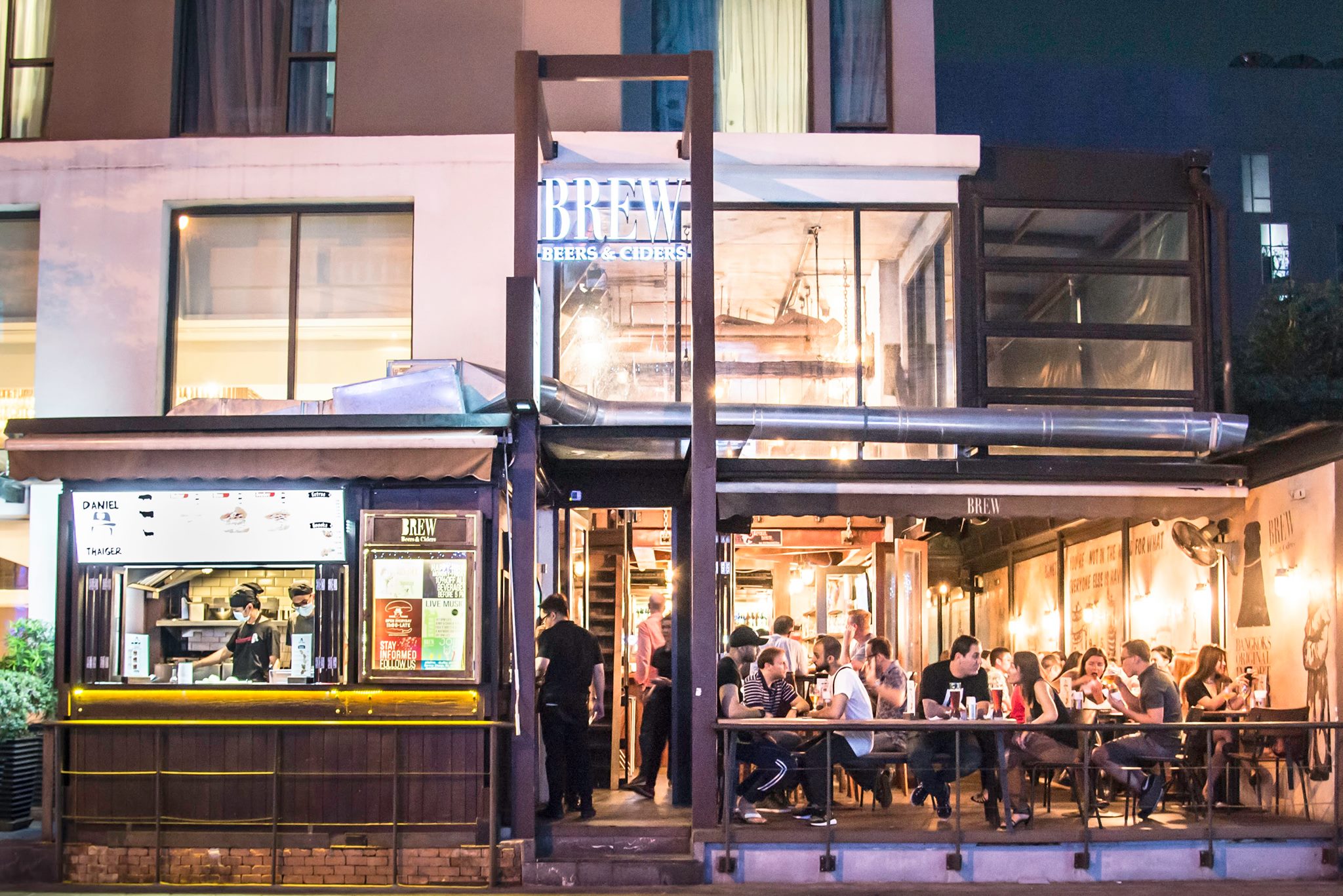 Beer Brew & Cider has hands-down the best selection of beer in the entire city, offering a whopping 400 labels at any given time (not to mention 10 draughts, phew). It looks a little like a western saloon, with high tables constructed from giant cask barrels and comfy booths. It’s a great spot for catching sports events, with flatscreen TVs stationed throughout. Beer, Brew & Cider also has branches spread across the city now too, on the nightlife strip Sukhumvit Soi 11, in Thong Lor and at Asiatique The Riverfront.

Rabbit Hole is Thonglor’s speakeasy, and it’s definitely worth hitting up for a cocktail evening with the guys (because guys can do that too, you know). Some of Bangkok’s most inventive cocktails are being served here, like its signature white truffle martini made with a complex technique called fat washing. The mixology here is full of expert twists and infusions, but if you’re not into that there’s always the whiskey menu – only the best Scottish, American and Japanese single malts are available by the glass or bottle. 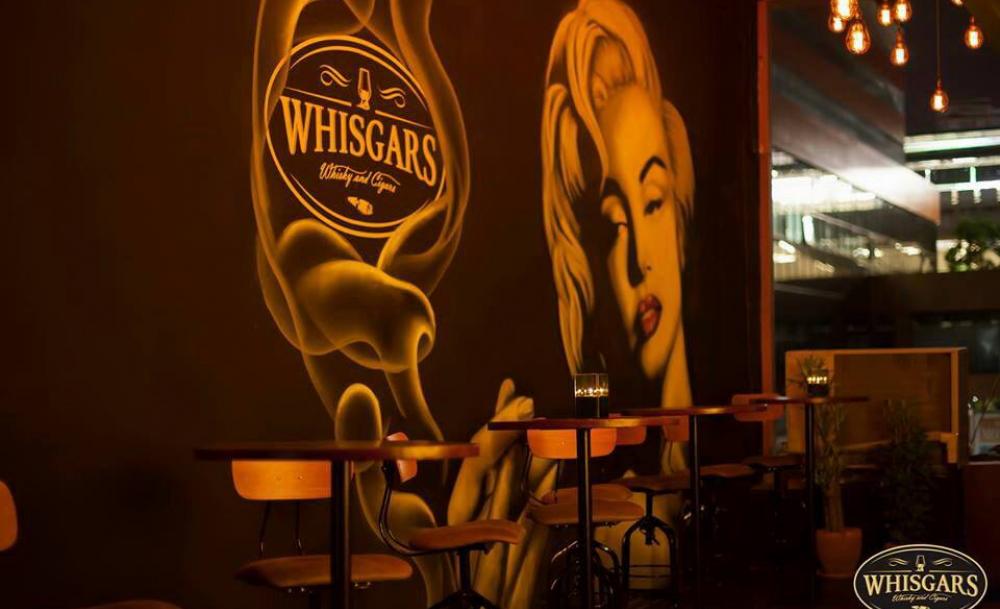 Since opening in 2013, Whisgars has played home to more than its fair share of gentleman’s meetings. The original location in Asoke quickly became the talk of the town for its impressive list of hand-rolled cigars and single malt whiskeys. Now there are locations in Silom, Ploenchit and Koh Samui too but the quailty’s remained throughout Whisgars’ expansion. Cigars from Nicaragua and Dominican Republic get paired with high-end whiskey tastings, to the tune of live jazz and blues gigs.